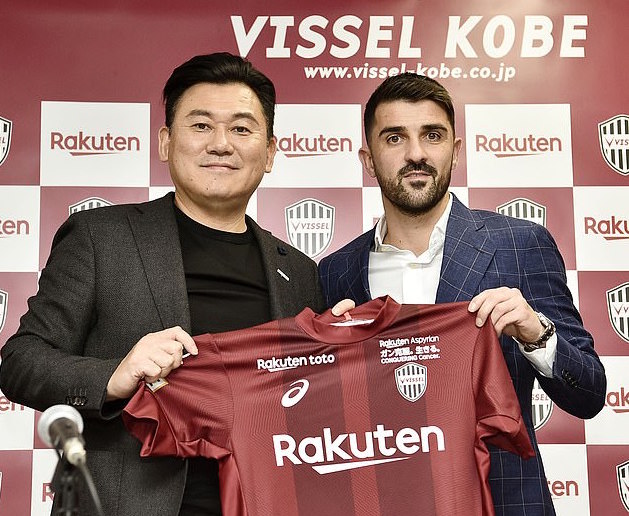 David Villa will reunite with former team-mate Andres Iniesta after the striker signed for Japanese side Vissel Kobe. Villa will officially link up with his new club in January following his departure from New York City FC.

Villa played alongside Iniesta from 2010-2013 whilst representing Barcelona and enjoyed much success at both club and international level. The 37-year-old, who also played for Valencia and Atletico Madrid, scored 80 goals in 124 appearances for New York City FC.

Vissel Kobe chairman Hiroshi Mikitani said: “We are pursuing a new style of play and after talking with the coach, Villa’s name came up as a striker who would fit that style of play. He is a wonderful striker.”