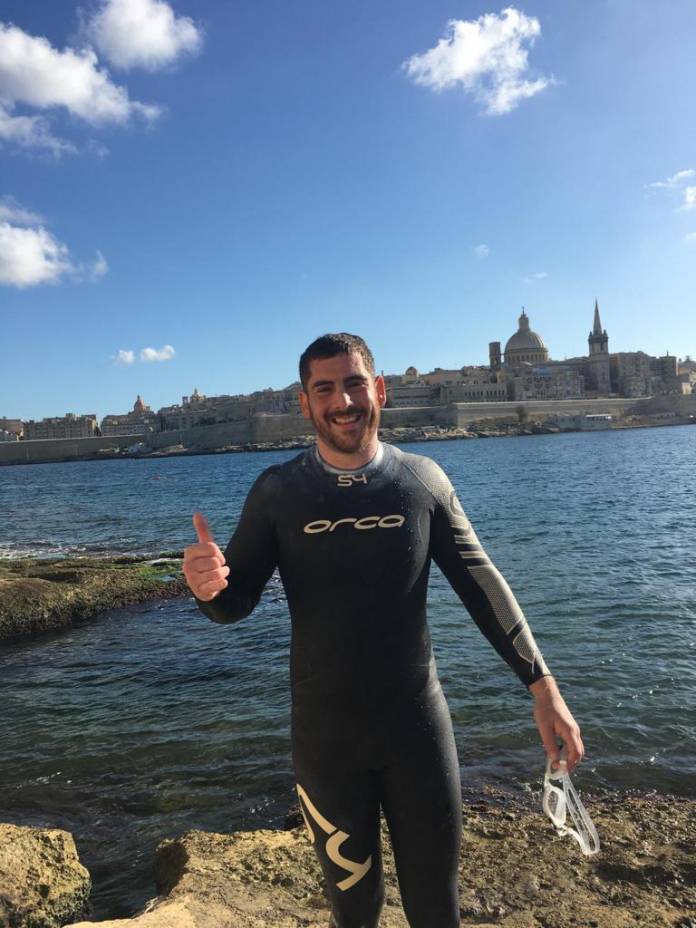 Rafel Sammut is organising a 15km swim from Ċirkewwa, round Comino and up to Gozo. The event was expected to be held tomorrow but unfortunately, it has been postponed due to the weather conditions but will be held as soon as weather conditions permit.

It will be the first event organised in aid of Victory kitchen. The event will take place tomorrow, 7th September, weather permitting.

In recent months Rafel Sammut, together with a number of other local chefs, have managed to feed almost 7,000 families by providing over 20,000 meals.

In a statement Sammut said that Victory Kitchen needs constant support in order to keep providing for these families in need.

“We intend to continue our services and hopefully reach out to even more people over the coming months. Hence we are organising this swim. We want to raise awareness about Victory Kitchen,” said Rafel.

Victory Kitchen is a food charity organisation that was set up with the sole intention of delivering food to as many people as possible during these difficult times.

Swim for charity raises over €35,000 for families in need

More than 19,500 free meals served by Victory Kitchen over past months