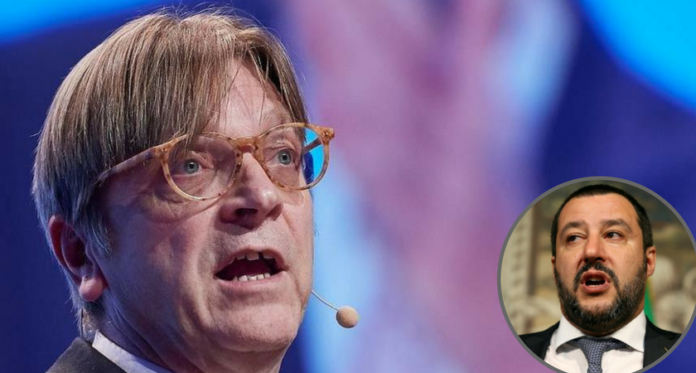 The immigration problem is not a crisis but an opportunist political decision by the Italian Interior Minister Matteo Salvini, who in the words of the Belgian MEP Guy Verhofstadt, created this problem.

Verhofstadt stressed that the political crisis was created using immigrants and while the European Parliament has a position on the subject the European Council has no plan.

Verhofstadt, who is the head of the Liberal Alliance and European Democrats (ALDE), was speaking before the European Parliament. He described the opinion Salvini gave as a “simple one”, stating that he wants immigrants in Italy but can be placed in Germany, Austria or Hungary. On the other hand, the Hungarian Minister, Viktor Orban says immigrants must leave Hungary and be placed in Italy, Germany and Austria.