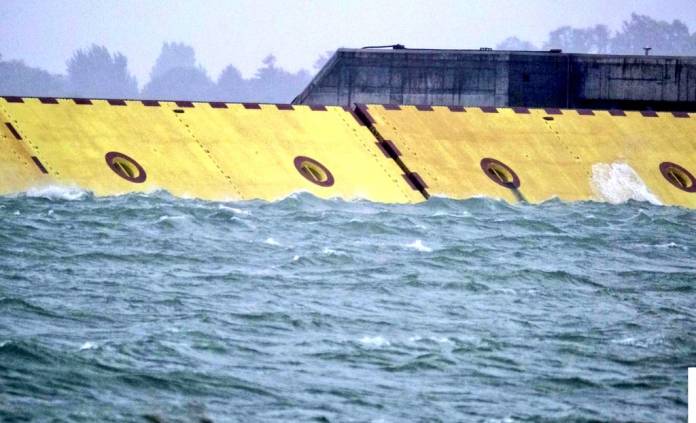 The underwater barriers set up in the Venetian Lagoon to protect Venice from high tides have been deployed for the first time this weekend on the expectation of a flood.

The barriers, known as MOSE – an Italian acronym which stands for experimental electromechanical module – consist of rows of mobile gates installed at the points in which the Venetian Lagoon meets the Adriatic Sea. When deployed, they can isolate the lagoon from the sea, and they have been designed with the aim of protecting Venice and nearby areas from tides of up to 3 metres.

While the 78 barriers have all been installed, work on some related infrastructure is still ongoing. While eventually, the system will be deployed whenever tides of 110cm or above are forecast, the present threshold is of 130cm.

Such a forecast has arrived this weekend, and in the absence of the barriers, around half of Venice would be flooded. Port authorities have thus banned shipping traffic through the lagoon’s 3 access points to allow the barriers to go up.

This deployment took an hour and 17 minutes, but the effort proved successful: the floodwaters were prevented from reaching the lagoon, and the historic Piazza San Marco has remained dry.