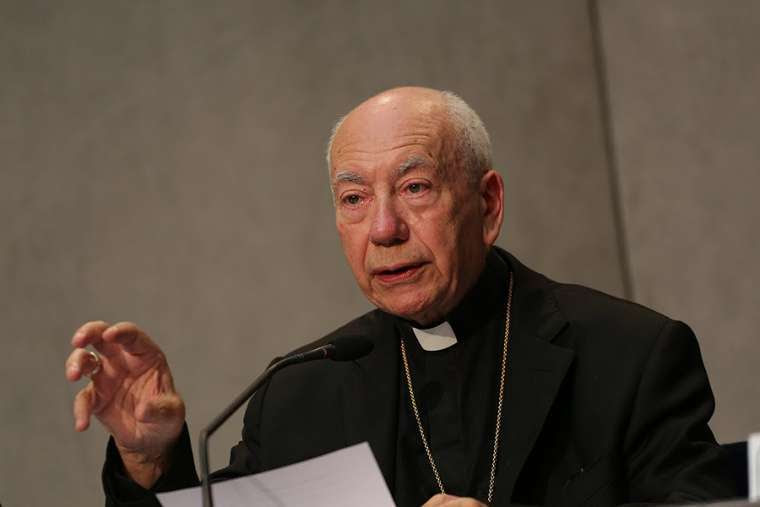 The Vatican’s former top advisor on canon law has made a public call to insert legal obligations for the care of creation into the Church’s universal canon law –  making it a legal duty for Catholics not only “not to harm” the environment, but to improve it.

Cardinal Francesco Coccopalmerio, former head of the Pontifical Council for Legislative Texts, made the proposal during a recent event in Rome titled “Dialogue on Catholic Investments for the Energy Transition.”During the closed-door discussion, representatives from the Vatican and Catholic organizations spoke about how to invest responsibly towards a transition to renewable energies.

In an interview with Vatican Insider, Coccopalmerio discussed canons 208-221 of the Church’s Code of Canon Law, which enumerate “Obligations and rights of all the faithful.”

This section “outlines an ‘identikit’ of the faithful and of their life as a Christian,” the cardinal said, but noted that nothing is mentioned “about one of the most serious duties: that of protecting and promoting the natural environment in which the faithful live.”

The proposal he outlined, which he suggested could be submitted to the pope but considered by his former department, would be to ask for a new canon to be added to the obligations of the all faithful, specifically treating environmental responsibility.

Coccopalmerio, whose resignation was accepted by Pope Francis in April this year, went on to give his own ideas of how it might be worded: “Every faithful Christian, mindful that creation is the common house, has the grave duty not only not to damage, but also to improve, both through everyday behavior, and through specific initiatives, the natural environment in which each person is called to live.”

The canons Coccopalmerio referenced address general obligations for Catholics relating to the practice of the faith and maintaining communion with the Church. They do not address specific moral obligations or particular doctrinal teachings. Those canons do not, for example, include the Church’s prohibition of artificial contraception or the obligation to observe just labor practices.

Drawing inspiration from Laudatosi’, Pope Francis’ 2015 encyclical on the environment, participants at the event agreed on the Catholic Program of Disinvestment, sponsored by the Catholic Climate Movement, which urges ecclesial institutions to make a public commitment to move away from financial investments in fossil fuels.

Participants also highlighted the importance of pursuing ethical investment strategies in line with the social doctrine of the Catholic Church.

“We usually think of the works of mercy individually and in relation to a specific initiative: hospitals for the sick, soup kitchens for the hungry, shelters for the homeless, schools for those to be educated, the confessional and spiritual direction for those needing counsel and forgiveness,” the pope said in a message.

Looking at the concept of works of mercy, “we see that the object of mercy is human life itself and everything it embraces,” he said. Francis proposed caring for creation as “a complement” to the two traditional sets of seven corporal and spiritual works of mercy.

“May the works of mercy also include care for our common home,” he said, explaining that as a spiritual work, care for creation “calls for a grateful contemplation of God’s world which allows us to discover in each thing a teaching which God wishes to hand on to us.”