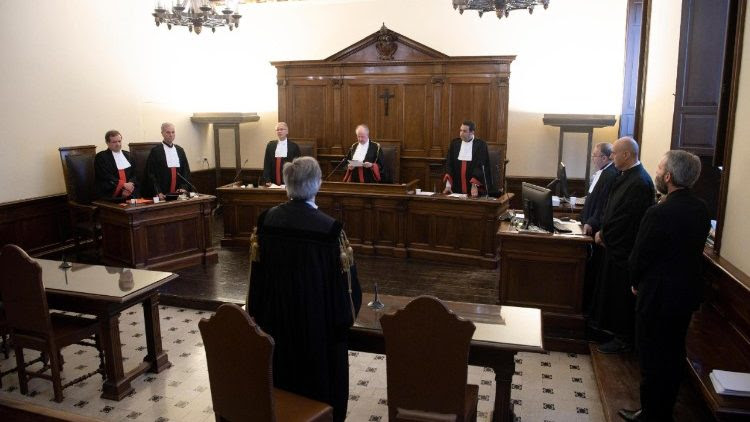 The Vatican court on Saturday convicted a former Holy See diplomat, sentencing him to five years in prison for the “possession and distribution of child pornography with the aggravating circumstance of its large quantity,” in what is the first trial of its kind inside the Vatican.

Italian Monsignor Carlo Alberto Capella who served as a councillor at the Apostolic Nunciature in Washington, US, admitted to viewing the images during what he called a period of “fragility” and interior crisis.

Tribunal President Giuseppe Dalla Torre read out the verdict after a two-day trial and sentenced the 50-year old priest to five years in prison and a fine of €5,000.

Msgr. Capella, ordained a priest of Milan Archdiocese in 1993, will serve the sentence in the Vatican barracks, where he has been held since his arrest on April 7 after his recall from Washington.

In August 2017, the US state department had notified the Holy See regarding a possible violation of laws relating to images of sexual abuse of children by a member of the Holy See’s diplomatic mission in Washington.

Police in Windsor, Canada, said they had issued an arrest warrant for him on suspicion of possessing and distributing child abuse images on the internet while visiting a church in Canada.

The Vatican prosecution had called for a stiffer sentence of 5 years and 9 months in prison and €10,000 fine, given what it described as an excessive amount of child pornography material.

Capella’s trial was the first known enforcement of a 2013 Vatican City law that specifically criminalized possession and distribution of child pornography, punishing it with up to maximum of five years in prison and a €50,000 fine.

The priest said he realized that his actions were vulgar and “improper,” and apologized for the pain his “fragility” and “weakness” had caused his family, his diocese and the Holy See.