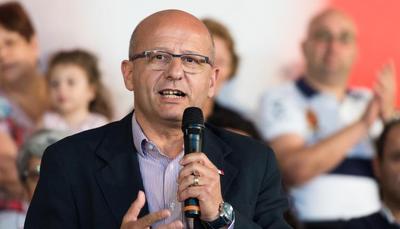 Nationalist Member of Parliament Edwin Vassallo wrote on Facebook that gentlemen’s clubs and massage parlours should be closed. Vassallo’s appeal reflects the stand taken by the Association for Equality that gentlemen’s club should be banned rather than regulated. The Association was reacting to comments made by Judge Edwina Grima. The Association reiterated that their position on the matter was clear, arguing that the objectification of women’s bodies could not be regulated. Last August Women’s Rights Foundation director Lara Dimitrijevic told timesofmalta.com that such venues were “prostitution establishments.”

Edwin Vassallo wrote that massage parlours operating in Malta were in fact brothels. He linked the existence of the gentlemen’s clubs to the increase in violence against women and a lack of dignity towards women. He insisted that such establishments should be closed down for the good of society as these establishment were harming Maltese society.

Malta: the brothel of the Mediterranean

The Association for Equality warned against Malta becoming the brothel of the Mediterranean. It noted how the use of animal circuses in Malta had been banned while on the other hand the “misuse of a women’s body was tolerated”. In a statement the Association remarked that strip clubs were often the first point of contact for prostitution. The Association reiterated that prostitution was a form of violence on women therefore it could be never regulated.

Sex not for sale

Last August Women’s Rights Foundation director Lara Dimitrijevic said that Gentlemen’s clubs “glamorous prostitution” and should be closed.  She told timesofmalta.com that the so-called Gentlemen’s clubs  “send the message that it’s OK for men to pay money for their own sexual gratification.” She said that  “We must send a very clear message that we do not permit the buying of sex; we do not permit violence against women.”.

“Research has shown that legalisation [of prostitution] does not work,” Dr Dimitrijevic argues, with countries which gone down that route reporting higher rates of prostitution and sex trafficking.

On 103: “No economy is healthy without good health and vice versa”