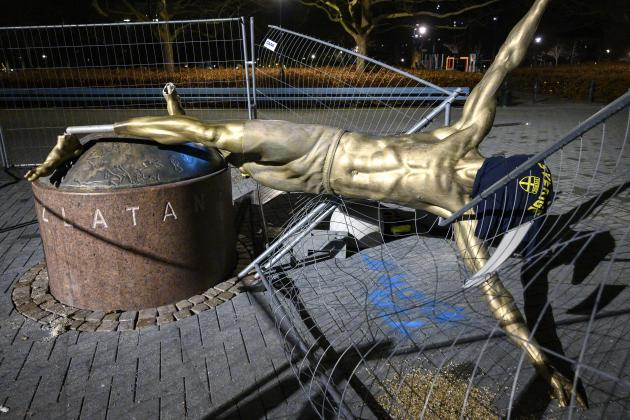 Zlatan Ibrahimovic’s statue has suffered the latest act of vandalism outside of Malmo’s Swedbank Stadion. Vandals toppled the 3.5 metre bronze sculpture at 3:30 am on Sunday morning and also wrote “take away” in Swedish at the scene.

In December, the statue had its nose removed and was set on fire after the Swedish striker announced his investment in Stockholm-based Hammarby IF. This move by Ibrahimovic infuriated numerous Malmo supporters who now perceive the former Manchester United, Barcelona and Paris Saint Germain player as being a traitor.

The outspoken Ibrahimovic made his professional debut for Malmo 20 years ago, and went on to score 16 goals in 40 appearances for the club before moving to Ajax.

Youth who vandalised Christmas tree gets a suspended sentence