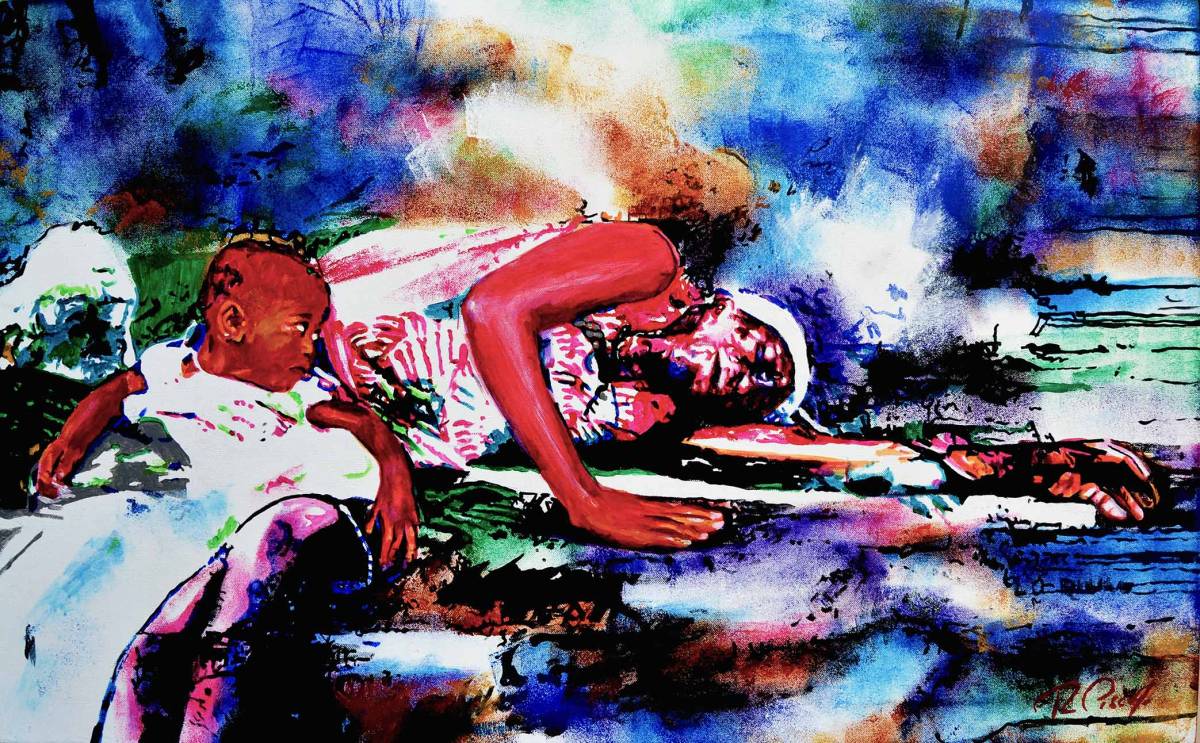 Ray Piscopo’s introduction to the world of art can be traced back to the early 1970’s when as a student at a secondary school he was tutored by Antoine Camilleri, considered to be one of our leading artists and a keen favourite with art lovers.

He also studied under Anton Calleja and George Muscat, amongst others, and attended class locally and overseas. He has been very successful in solo and collective art shows at prestigious venues, both in Malta and abroad.

Since Mr Piscopo is an engineer by profession, it is perhaps strange that he shows such great interest in art in general and that he practises as an artist. But his work is proof enough that art and science as much as science and religion are not only related but somehow, auxiliary.

Mr Piscopo spoke to Newsbook.com.mt about his upcoming exhibition.

Tell us about your exhibition – what is it about? What inspired you?

The exhibition is one of the activities that Segretariat Diaconia is setting up for the second world day of ‘Jum il-Foqra’ to be celebrated on Sunday 18th November 2018.  Mons. Charles Cordina asked me if I was interested to exhibit some of my recent works that had ‘social issues’ as a main theme.  This came as a sort of a surprise to me as this year I had started painting canvasses which had current social issues as the main theme.

In fact I had just completed paintings that portrayed migration, war, domestic violence, suicide, child labour, mental health and wellbeing, anxiety, inhibitions/oppression, and I thought that by extending the notion of poverty to these situations, my paintings would be the easiest means of increasing awareness on these unhappy situations that many experience in their lives.

I had also in the recent past painted images of a child begging for alms in the street, a man who is homeless and sleeps in the open air, and more significantly a painting of a young child looking with a heart-breaking stare at his dead mother sprawled on the floor after being hit by shells in war-torn Syria.  This painting was donated to the President of Malta for the Community Chest Fund, but I chose to exhibit a copy of that painting.

For the past six years, most or perhaps all of my works (250+) had a joyful theme with a positive outlook on life and to the day to day experiences.  The world is currently in turmoil, not only because of the conflicts between states and between peoples themselves, but more so because what we took to be sacrosanct values are now being trampled upon by the mighty and the rich and this is giving rise to awarding a saintly status to things that are by norm vile. This pushed me into painting things that have suddenly become of concern to me personally.

Why should people visit it?

The venue chosen for this exhibit is Dar Qalb ta’ Gesu (ex Cini Institute) in Triq San Guzepp, Santa Venera. It is not an exhibition hall per se, but is a building more close to the daily experiences of people and their troubles.

I believe that the manifestation of ‘Jum il-Foqra’ through this exhibition will allow visitors and viewers, who do not necessarily or normally attend art exhibitions, to see at first hand how social issues have been perceived by me and more than this hoping that the visual image would remind the viewers that problems do exist and they should be more aware of the victims rather that thot of the issue in subject, and therefore should by any means possible support where and whenever they could.

I believe that social media are currently appeasing those who seek violence and degradation of the human values we have been imbued with through our parents.  The good is succumbing to the evil and to the rhetoric of those who seek to warp logical thinking. Visiting this exhibition is a way to stand up to be counted in the face of human poverty and degradation.

Mr Piscopo paintings can be viewed in person at his Gallery in Marsa or else online or on Instagram and Facebook.

The exhibition will take place on the 15th, 16th and 17th November.

John Paul Cordina   July 8, 2020
Nationalist MPs have urged embattled party leader Adrian Delia to put the party and the country’s interests first in the wake of their decision to vote against him in a no-confidence vote on Tuesday night.

Reuters   July 9, 2020
The U.S. Supreme Court is due on Thursday to rule on whether Democratic-led congressional committees and a New York City prosecutor can get hold of President Donald Trump's financial records, including his tax returns, that he has tenaciously sought to keep secret.