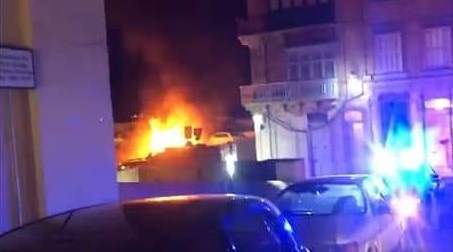 A police spokesperson said that the car was parked on South Street and the incident was reported at 12.05am.

A second car parked near Zammit’s vehicle was also damaged.

A magisterial inquiry is underway.

Many have taken to social media to express their solidarity with the mayor and condemned the act.

PN MP Karl Gouder expressed his solidarity with Zammit and said the Opposition expected those who committed this cowardly act to be brought to justice while Valletta PN local councillor Mark Spiteri Lucas deplored the act.

Għaqda Festa Madonna tal-Karmnu condemned the act. In a statement the association thanked the mayor and the council for their work and support. It also expressed its solidarity.