Archbishop Charles Scicluna’s strong condemnation of usurers in his homily during Sunday Mass on 25 October has inspired an impassioned debate on the tragic reality that is usury in the latest edition of Andrew Azzopardi on 103.

The Archbishop had warned usurers that “their money is cursed,” and that he too would curse it. 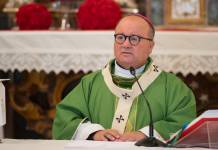 Participating in the debate at 103’s studios with Prof. Azzopardi were three people who work with victims of usury through Caritas: Fr John Avellino, who helped found Caritas’ Foundation for Victims of Usury, social worker Bernadette Briffa and Louis Beliizzi, a retired businessman who has been volunteering for the past 8 years.

Bellizzi highlighted shocking repayment arrangements: people could often expect to pay 50% interest within six months, translating to a 100% annual interest rate. But higher interest rates were not unheard of.

Some employed even worse practices: charging a monthly fee until debtors can manage to repay the original loan in one lump sum. Consequently, people could end up repaying their loan many times over and still not reduce their debts by a single cent.

‘The fruits of injustice’

In a call to the programme, Archbishop Scicluna also phoned in, emphasising that while he did not curse usurers personally – “I can only bless people, not curse them” – any profits made from usury were inherently cursed.

“You should not enjoy the fruit of injustice,” he said, later adding that the profits were “derived from the blood of workers, of businessmen.”

The Archbishop had also chose to mention the legal maximum interest rate according to Maltese laws – a maximum of 8%. Asked to elaborate on this, Mgr Scicluna recalled that Caritas kept this legal limit in one of the ways it sought to help usury victims: by helping them repay their loans.

Helping usury victims get back on their feet

Bellizzi has been involved in such negotiations for years: in the context of professional secrecy, usurers are approached and persuaded to accept no more than the legal maximum interest, and a repayment programme is drawn up according to the victims’ financial situation. The payments are processed through Caritas, who receives a receipt.

It’s a complex process, not least because paperwork is often absent: victims tend not to keep track, and loan sharks, at the very least, claim not to. Even determining how much was borrowed is often not a simple affair, as victims often ended up borrowing on multiple occasions.

Bellizzi also observed that usurers were aware of the high risks involved in lending to people in desperate situations, and highlighted that they often cited the need for gentlemanly behaviour (irġulija) when they insisted on the loans being repaid.

“As though extorting others is gentlemanly,” he quipped.

Covid-19 may drive people to usurers

At the start of the programme, Prof. Azzopardi asked the panel why people would seek usurers in the first place, with Bellizzi highlighted that usury is generally the consequence of another problem that has left its victims desperate for funds.

While addictions can certainly play a role – Bellizzi suggested gambling may be the worst culprit – he also observed that people may be victims of their own circumstances.

With this in mind, the Covid-19 pandemic has been contributing to such problems, with many suffering a drastic drop in income.

Fr Avellino highlighted other circumstances, mentioning an elderly woman who borrowed money to help send her daughter to surgery in the UK.

Owners of struggling businesses may also end up victims of usury in a desperate bid to save their business.

But the panel also agreed on another problem that may be driving usury: people living beyond their means, seeking to keep up with their peers. In such situations, they may stop keeping up with their bills, and an ensuing power cut may drive them into the village square, where, as Fr Avellino explained, the loan sharks are generally well known. 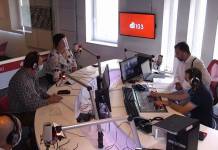