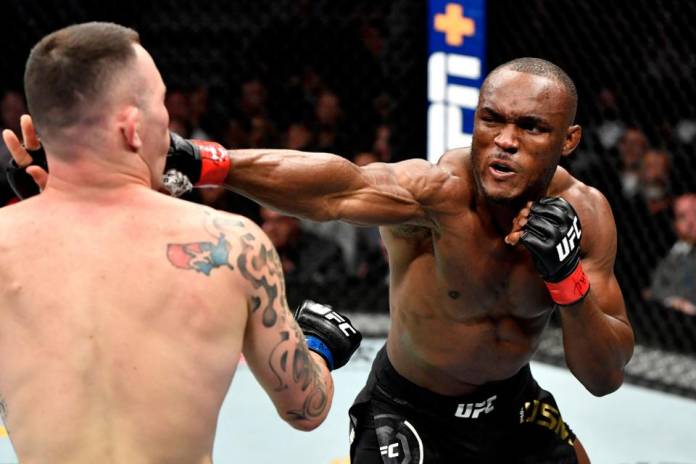 Wrestler Kamaru Usman defended his welterweight title against challenger Colby Covington by defeating the latter with a fifth-round technical knockout.

The build up to the title fight was characterized by Covington’s trash talk and his provocative persona. The former interim champion, who got his title shot after defeating Robbie Lawler, suffered a broken jaw at the end of the third round. The injury did not stop Covington from putting pressure on Usman with a volume striking attack.

The decisive moment came in the fifth round when Usman hit his opponent with two powerful punches. Covington fell to the floor and tried to defend himself from Usman’s attack by holding onto the legs of the Nigerian-American fighter. However, referee Marc Goddard called a stop to the contest at 4:10 into the final round.

After the fight, Usman stated:

“I’m the best in the world. I’m going to keep improving and I’m going to give you guys a show each and every time.”