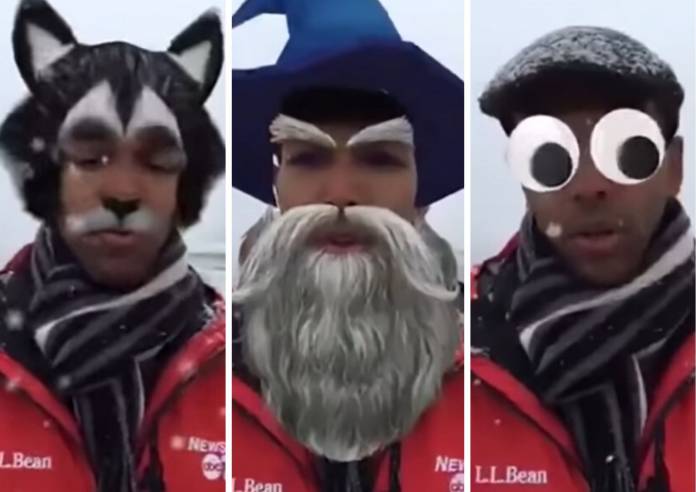 During a news broadcast in Asheville, North Carolina, Justin Hinton was ready to deliver his weather report live on the WLOS ABC 13 news station. However, what he did not realise was that his Facebook Mystery Mask Filter was on.

Hinton ended up doing his broadcast with googly eyes, as a cat and as a wizard (complete with white bushy beard and hat), among other hilarious iterations.

Hinton was apparently totally unaware that he had the filter on during the live broadcast but said afterwards that he was “excited to look back at this video and see what’s happening doing to (his) face”.