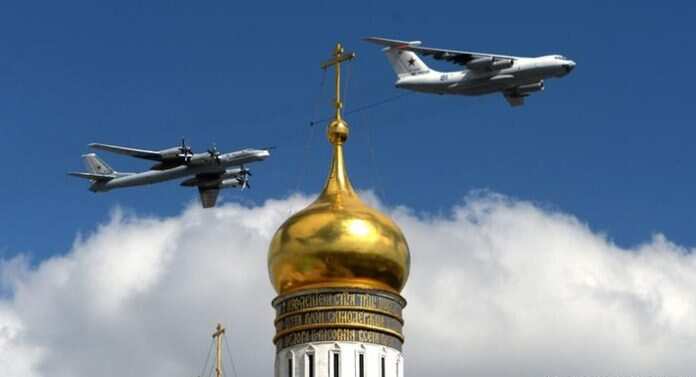 Russian Foreign Ministry’s spokesperson Maria Zakharova dubbed the reports of a possible retaliation by Russia against Malta over the failure to issue an overflying permit for its aircraft en-route to Venezuela, as ‘absurd’ and ‘fake news’. The spokesperson said that Russia had tracked the information which said that Russia is expected to retaliate by launching a campaign to discredit Malta’s leadership during or after the upcoming elections, and described them as ‘baseless and groundless’. The spokesperson said that such claims are termed ‘fake news’. The incident was reported by Buzzfeed, and with whom a senior diplomat described as a source had told the news site that Russia is expected to retaliate with a misinformation campaign during the upcoming elections or after.

American State Department spokesperson Morgan Ortagus, had lauded Malta for not allowing Russian military aircraft to fly through its airspace whilst laden with provisions for the Venezuelan regime.

In a twitter message, Ortagus appealed for our countries to take a page from Malta’s book and take a stance against the Kremlin and its support for the Venezuelan dictator Nicolás Maduro .

We applaud the government of #Malta for refusing to allow Russian planes to use its airspace to supply the brutal former regime in #Venezuela. We call on all countries to follow Malta’s example to stop the Kremlin’s support for the dictator Maduro. #EstamosUnidosVE @MFAMalta

In the past days, BuzzFeed News has reported that the Russian Federation is expected to retaliate against Malta for its decision.

What would Russia say about Joseph Muscat?

According to BuzzFeed News, they have been informed by a “senior diplomatic source” that “Russia has not taken the rejections well” and payback this might manifest through a misinformation campaign against Maltese Prime Minister Joseph Muscat during or after the European Parliament elections in May.

Staff Reporter   August 11, 2020
Anyone who expected a quiet afternoon at the Matthew Micallef St John Athletics track yesterday, on the occasion of the final MAAA Challenge, was happily mistaken.