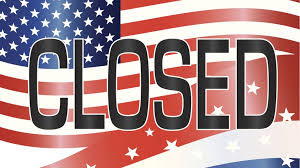 The Catholic Bishops Conference of the United States of America issues a statement asking the President and other lawmakers to redouble their efforts to end the shutdown which is causing hardship to many families.

The shutdown which is now entering in its 33 day, is the result of a disagreement between the Republican controlled White House and the Democrat controlled Congress over funding to build a wall across the border with Mexico, which the President is insisting on. The Whitehouse also wish to repeal laws which revoke legal protection for many illegal immigrants.

The Democrat Congress has refused to approve both the wall funding and the immigration law changes. As a result, a partial shutdown of the federal government has taken place, with many “non-essential services” not being provided, due to the withholding of government money.

The statement, issued by Cardinal Daniel DiNardo, who is president of the Catholic Bishops Conference, and Bishop Joe Vasquez, who chairs the Bishops Conference committee on Migration, begins by urging the President and lawmakers to end the shutdown.

“Political leaders must come together to ensure a bipartisan solution is reached which recognizes the economic struggle that many families are facing including those dependent on federal workers and those assisted by critical nutrition and housing programs.”

The statement goes on to say that the bishops are encouraged by the temporary provisions offered to children of immigrants and calls on the government to extend further, permanent protection to children who arrived illegally with their parents. The bishops point to the fact that many child and teenage immigrants are members of Catholic parishes in the United States.

“Throughout our parishes, there are many youths who have an administrative relief from deportation and holders of Temporary Protected Status, who have lived substantial parts of their lives in the U.S. contributing to this country. We listen and understand the fear and uncertainty they and their families face and the anguish that they are currently experiencing as their existing immigration protections hang in the balance and come to an end.  Temporary relief will not ease those fears or quell that anxiety.

“It is for this reason that we have long advocated for comprehensive immigration reform; reform that will provide permanent solutions: including border security, protection for vulnerable unaccompanied children and asylum seekers, and a defined path to citizenship to enable our immigrant brothers and sisters to fully contribute to our society.”

The Bishops are now looking forward to reviewing the President’s proposal in detail and hope to work with the White House and Congress to advance legislation that shows compassion, keeps us safe, and protects the vulnerable.”