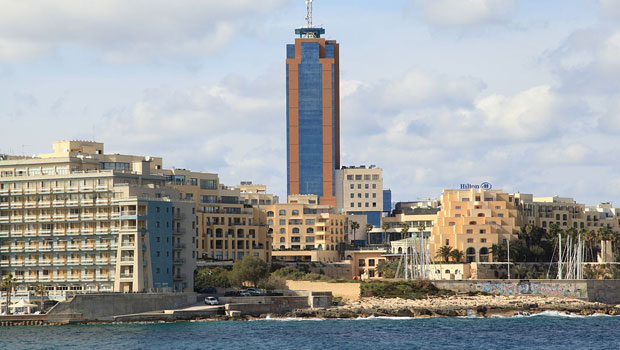 In a satirical cartoon depicting a Malta almost completely in the shadow of a myriad of tower cranes, Steve Bonello asked whether the crane is the national bird of Malta. Where university professors live by the maxim publish or perish, the Maltese seem to be living by a modified version of this maxim: Build or perish. That, at least in substance, was the viewpoint of the incoming President of the Kamra tal-Periti (KTP) Simone Vella Lenicker.

Vella Lenicker was interviewed on RTK’s current affairs programme Follow up during which she gave her opinion on, among other things high rises and land reclamation.

Feeling of a concrete jungle

“There is pressure and certain regulations allow for buildings to go up everywhere. When seeing one town you see a lot of spread out development causing a ripple effect rather than concentrated development. This is where people start making comments like “concrete jungle” because the impression is that everywhere is going up. There is a certain pressure to build up and keep up with the neighbours” observed Vella Lenicker.

This ‘keeping up with the Jones’s’ attitude is generating its own spin of problems. Construction waste disposal is a headache and land reclamation may well be proposed as a solution, said Vella Lenicker, but “… there needs to be a balance struck between the act and the environmental impact assessment and we need to make a decision” warned the architect.

When asked about what in Malta passes for high-rise development, Perit Vella Lenicker said that while this has intrinsic value, its implementation needs to be guided by a skyline policy. “We need to be more sensitive to where the high rises are. There are also problems in terms of the impact of infrastructure like waste generation, sewage, traffic, etc. We still have a lot left to do to be more efficient. If things are done properly, then they have their value” said Vella Lenicker.

And, with value being the operative word, Vella Lenicker noted that the current prices for apartments are way beyond the grasp of the average Josephine.

“We know that our economy is doing well, the main reason being the influx of people from abroad, and the question is that if they stop coming, who will live in these places” questioned Vella Lenicker. She urged a quantitative and qualitative analysis  of the population rise and economic means so that the market can be better calibrated. “We also need to discuss things and see where we want to be in 2050 as a country. Are we planning long-term? I say that we are not” warned Vella Lenicker. Indeed, the Strategic Plan for the Environment and Development, SPED has a lifetime till 2020, which is practically tomorrow. This document which, while purporting to be the successor of the Structure Plan formulated in the early 1990’s, has received considerable criticism for its myopic and confined views, should eb replaced next year. But, as the President of the KTP observed, “There has been barely any discussion for a revision, but there needs to be serious discussion because what we are applying for today will be skipping the strategic plan limit. This could be a loophole.”

What is good for our families?

Vella Lenicker noted that the Malta Developers Association had mooted the point that apartments could be smaller. Currently, a one bedroomed apartment can be no less than 45 sq m, roughly, 7mx7m (22ft x 22ft).

“Developers are saying it makes more sense. Before we make this decision, there needs to be a better study for what is good for families” warned Vella Lenicker. She noted that the profession and the political caste need to look to their obligation to society and see what legacy they are leaving. “In 100, 200 years when they study out culture, if all they see is greed, then that will be a reflection of our culture” concluded Vella Lenicker.

Goodwill or hostility towards others affect Jesus himself – Archbishop

Maria Webb   January 26, 2020
Archbishop Charles Scicluna said that the religious community is represented by Jesus himself. All acts of goodwill and hostility towards others are also acts that affect Jesus himself.