The Union of Professional Educators – Voice of the workers, calls upon the Ministry to resort, yet again, to a staggered entry as a measure to mitigate the potential spread of the virus following New Year’s Eve crowd gatherings.

“In this way one might curb the possible impact of a potential sudden spike in cases resulting from the irresponsibility of some, and protect those who have abided by the recommendations, and have gone to great lengths to do their part controlling the spread of the virus” said Graham Sansone UPE Head Executive.

Pictures of queues waiting for the ferry made the rounds on social media. Reports in the media in the past weeks confirmed that accommodation for the New Year was fully booked. 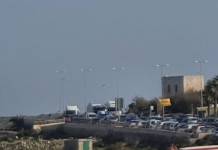 Crowds were also reported in Valletta for the end of year celebrations. Around midnight Police at the lower part of Triq ir-Repubblika noticed crowds gathered at Pjazza San Ġorġ. The people in the square scattered once they noticed the Police. The office remained in the area to prevent further gatherings. 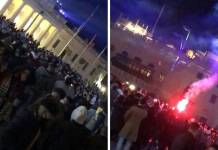