The number of UK variant coronavirus cases in Malta has not been published by the health authorities despite health minister Chris Fearne saying the number would be made known over the weekend.

During a recent edition of Newsbook Q&A hosted by Fr Joe Borg, Deputy Prime Minister and Health Minister Chris Fearne had announced that the number of variant cases would be published over the weekend. 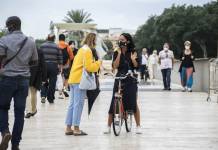 Questions sent to the ministry on the subject remained unanswered until the time of writing.

The first three cases of the UK variant in Malta were detected in late December.

Variants are detected through genetic sequencing which allows scientists to see how a virus is changing as it subtly mutates over time. Sequencing of the virus genome also allows to uncover how outbreaks spread by looking at clusters of a particular variant of the virus. 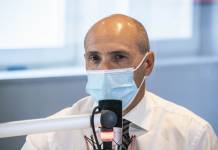 While so far it has not been suggested that the variant is deadlier than Covid-19, it is however spreading at a much faster rate.

Asked how many cases of the UK variant were detected in Malta, Fearne explained that positive cases linked to travel from the United Kingdom and randomly tested positive results from the community are being checked for the variant.

The health minister had observed that the current surge in coronavirus cases was being experienced not only in Malta but in the rest of the northern hemisphere. He explained that the health authorities are currently busy determining the factors which led to such a spread including the presence of the variant which is more contagious, the drop in temperature and the social gatherings organised over the festive period against the authorities’ advice.

Probably a combination of all three factors led to the current surge in cases.

Last week, Fearne had said no new cases of the UK variant were found in Malta except for the three reported in December.

“We will be in a position to give an update over the weekend,” Fearne had said.

Watch: Vaccine effective against all strains of COVID-19 – Fearne 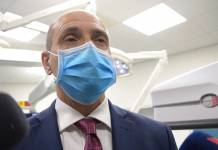 Watch: Everyone will be offered to get vaccinated by end of 2021