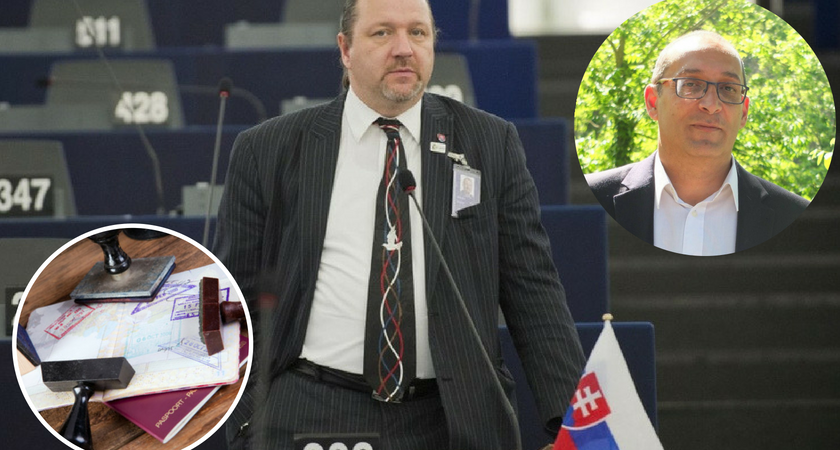 English Europarliamentarian Nigel Farage asked via a Tweet, how many of those who bought the Maltese visa support the ISIS terrorist group. In the Tweet he added an article which appeared in the Slovak journal, The Slovak Spectator, reporting what he said yesterday the Slovak Branislav Europarliamentarians Škripek.

Outrageous that the Maltese are selling EU visas in Libya. How many ISIS supporters are among that number? https://t.co/jIfX2OaKYv

Slovak Europarliamentarians and Chairman of the European Christian Political Movement (eCPM) Branislav Škripek alleged that the Maltese government sold 88,000 visas for the Schengen area and additional visas for health reasons in Libya.

In his allegations, Škripek blamed Neville Gafa, who works in the office of the Prime Minister Joseph Muscat.

On the visa scandal, the MEP said he was approached by the Chairman of the Change Alliance who is also part of the movement.

He stressed that these sales may result in some terrorists obtaining access to the European Union by the purchase of these visas.

During the meeting of the European Parliament’s Committee on Civil Liberties and Justice (LIBE), Škripek asked the European Commission to examine the case as soon as possible and take action thereby ensuring security in Europe.

He also said that Grech Mintoff told him that his life is in danger because these allegations came out in public. Last Monday, Grech Mintoff filed documents in court regarding this case.

Škripek said Grech Mintoff used to work with refugees and it was from these interactions he had with the migrants that the sale of the visas came up.

From what has been reported in Slovak newspaper, The Slovak Spectator, Škripek believes that the Government is not taking the necessary steps in the case and is trying to shove everything under the carpet.

Parliamentary Deputy Julia Farrugia Portelli, responded to Farage’s Tweet and claimed that the number of visas issued are much less than quoted by Farage while said that  Malta is among the five countries with the highest rate of refused visas.