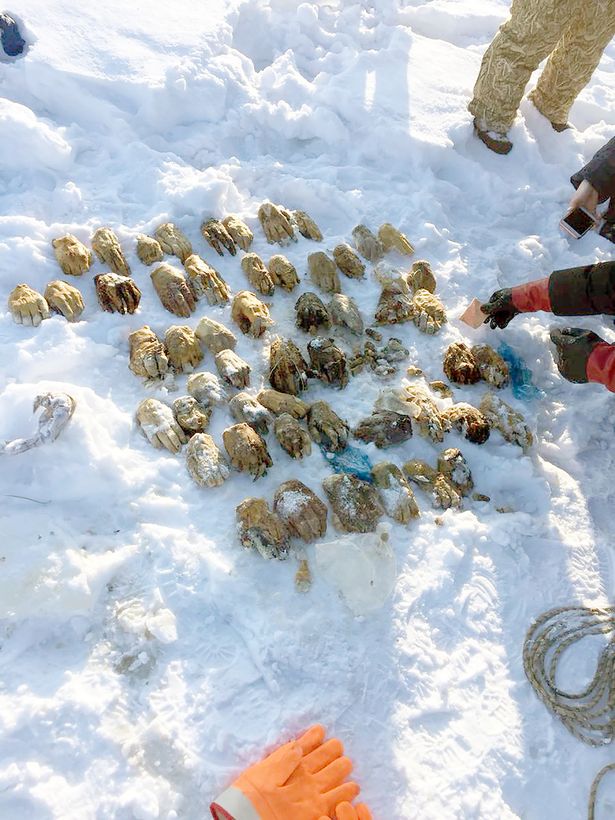 The gruesome discovery was found by local people, in a popular area for fishing.  Residents claimed that nobody ever saw anything suspicious before in the same area.

This finding is a complete mystery and nobody knows to whom the hands belong, when and why they were cut.

Some fingerprints were found on a pair and the rest of the hands are being checked. Several theories about this mystery are also surfacing.