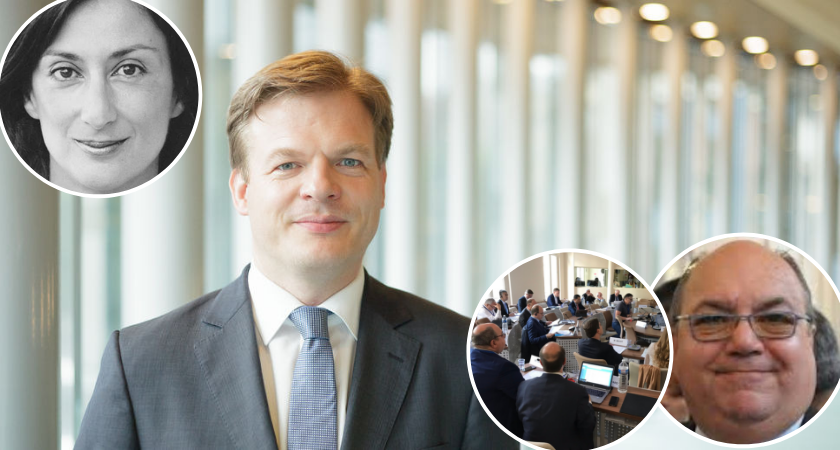 Council of Europe special rapporteur and Dutch MP Pieter Omtzigt stressed that this was the first time that the Council of Europe looks into an individual investigation into an EU Member State.

Speaking to Newsbook.com.mt, Omtzigt explained that there were individual investigations into cases such as in Russia, and cited the report entitled “Shedding light on the murder of Boris Nemtsov” prepared by special rapporteur Emanuelis Zingeris. Nemstov, an internationally renowned leader and figurehead of the political opposition of Russia, the report was adopted by PACE Legal Affairs Committee on Tuesday.

When asked if it was unprecedented, Omtzigt explained that such a report has never been prepared on an EU member state, with the report on Malta coming to such tough conclusions. He explained that now the report will go to the plenary session and Malta will have some time to reply to the Council of Europe once approved at the plenary.

Speaking about Malta’s possible reply, Omtzigt reminded that Malta already knows what it could say to the Assembly, saying that the report was build on the recommendations put forward by the Venice Commission. Omtzigt that the first step Malta could take is to implement a full inquiry into the circumstances which led to the assassination of slain journalist Daphne Caruana Galizia.

The Special Rapporteur spoke as well about the Venice Commission’s opinion on Malta’s legal system, reminding that the Government too sought its opinion. He cited Prime Minister Joseph Muscat’s remark that every recommendation contained within the opinion, would be implemented, remarking that the Government should stick to its original promise and have a holistic reform of the system.

When asked about any amendments made to the report, Omtzigt replied that Manuel Mallia who heads the Maltese delegation to PACE tabled some 40 amendments all of which were rejected bar one or two which were accepted in a redacted form.

The Dutch MP was also asked about the role EU institutions can take, after the draft report was cited. Omtzigt replied that it would really depend on what one is referring to. He cited the closing down of Pilatus Bank, following concerns that the European Banking Authority and the European Central Bank had after the Malta Financial Services’ Authority failed to take the necessary actions. Omtzigt explained that in this case, the bank posed threat to the integrity of the Eurozone. The special rapporteur explained that the EU has its instruments if it decides on intervening.

Omtzigt augured that the report leads to the necessary discussion on its contents.