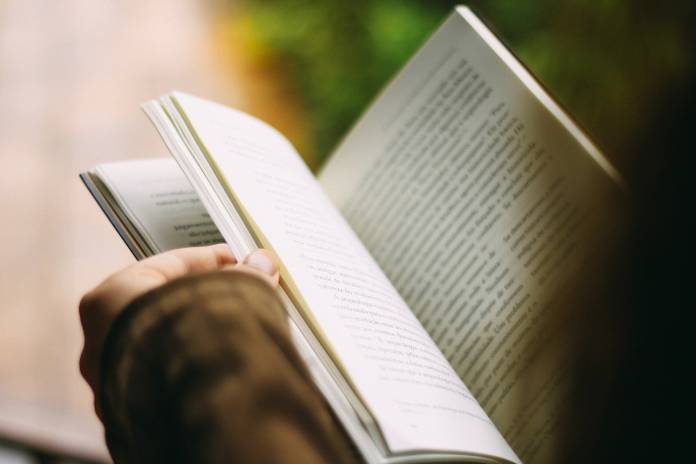 The 2020 Malta Book Festival – virtual edition is now almost here. With around 60 events spread over five days and organised by the National Book Council and participating exhibitors, the festival programme is packed with events catering for a diverse public and a wide range of interests.

One of the biggest draws of this year’s edition is a great meeting of minds bringing one of contemporary literature’s greatest writers, Sir Salman Rushdie, in conversation with a towering figure of Maltese writing, Dr Alfred Sant. This exchange, touching on the achievements, influences and present concerns of the two great writers, will be conducted by Prof Clare E Vassallo and will be streaming live on Wednesday 11 November at 7 pm. The following day, on Thursday 12 November, Sir Salman Rushdie will be participating in a digital Q&A session streaming at 6:30 pm in the presence of University of Malta students and members of the general public.

With every Festival the NBC also takes the opportunity to promote Maltese literature in translation. To this end on Thursday 12 November at 8 pm, the discussion ‘Beyond Borders’ will bring together local and foreign writers, translators and publishers to talk about the various ways in which literature in translation provides a vital means of connecting readers across the globe, with particular reference to experience of those involved in translation of Maltese works. Among the speakers will be another international guest of the Festival, bestselling Israeli writer Eran Katz, whose books about memory and practical mind skills  have been translated into 17 languages.

Readers committed to socially-engaged literature will find an occasion to delve into the present state of protest writing in Malta with the discussion ‘Words of protest‘, broadcast on Saturday 14th November at 7 pm. Karl Schembri, Wayne Flask, Nadia Mifsud Mutschler and Zvezdan Reljiç will be participating in a discussion on various forms of protest literature in Malta moderated by Dr Adrian Grima.

The thematic discussion ‘Are we told what we should read? asks exactly that, questioning on how literary magazines magazines and journals, end-of-year best books lists, book prizes, Goodreads and BookTube affect and dictate the choices of readers, writers and even publishers. The event will be streaming on Sunday 15th November at 6:30 pm.

This year the public will have the opportunity to follow the 2020 Terramaxka Prize awards ceremony, on the evening of Tuesday 10th November and broadcast at 7 pm. The ceremony serves as the opening to the Festival and provides good introduction to the best books for children and adolescents published during the previous year. The Festival will also be streaming the awards ceremony of the 2020 Doreen Micallef National Poetry Contest on Friday 13th November at 7 pm, celebrating the three winning poets of this year’s contest. The announcement of the winners will be followed by illuminating readings by the winning poets.

During this year’s Festival the NBC will also be premiering an exclusive documentary focusing on seminal woks punctuating Dr Alfred Sant’s literary career. The film produced by Take//Two is being presented in commemoration of Sant’s 2019 National Book Prize Lifetime Achievement Award for his contributions to literature and the Maltese literary culture.

A Festival for children and adolescents

Children and adolescents are a very important audience of the Festival. The NBC has prepared a special programme of theatrical adaptations of Terramaxka Prize-winning books which will be streamed online and which will remain available as educational resources for teachers. A team of actors headed by Antonella Axisa will be adapting this year’s winning Terramaxka Prize winning works first premiering on the morning of Wednesday 11th and Thursday 12th November, while Danusan will bring daily episodes of improvised pieces of street theatre surrounding five prize-winning works from previous years.

Following the warm reception to last year’s performance by Dave Rudden, this year’s English language show features Eran Katz, bestselling author and entertaining speaker and seminar leader on memory and intelligence. ‘Secrets of a Super Memory’ is a show packed with humour and surprises and revelations on extraordinary techniques to enhance memory power.

The events making the programme for this first virtual edition of the festival include book launches and presentations, meet-the-author activities, workshops, thematic discussions and children’s activities. For more details visit ktieb.org.mt/programme.

The Malta Book Festival 2020 – virtual edition is being held between 11th and the 15th November. For more information, youmay visit the NBC Facebook page and website.

Watch: A multitude of online events for this year’s Malta Book Festival