The union representing lecturers at the University of Malta has asked for lectures to be cancelled until the end of the Easter recess, to the concern of the university’s student council (KSU).

In a statement, the KSU said that students’ health was a priority, and that it was not against considerate measures to safeguard it.

However, the council was concerned by the University of Malta Academic Staff Association’s request, noting that alternative lecturing methods – such as online – were not being offered.

“The implications of this request on students will be significant, undoubtedly affecting their end of year examinations, assignment and dissertation deadlines due to interruptions in their studies,” the KSU said.

The council said that it was open to further discussions with all concerned parties to find a solution which reduced the negative impact on student, and announced that it would be convening an urgent meeting with student representatives and student societies on campus.

Earlier today, Education Minister Owen Bonnici said that so far, there were no grounds to justify the closure of schools; but representatives of educators have been unanimous in calling for them. 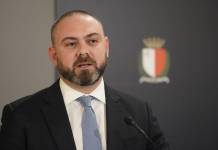