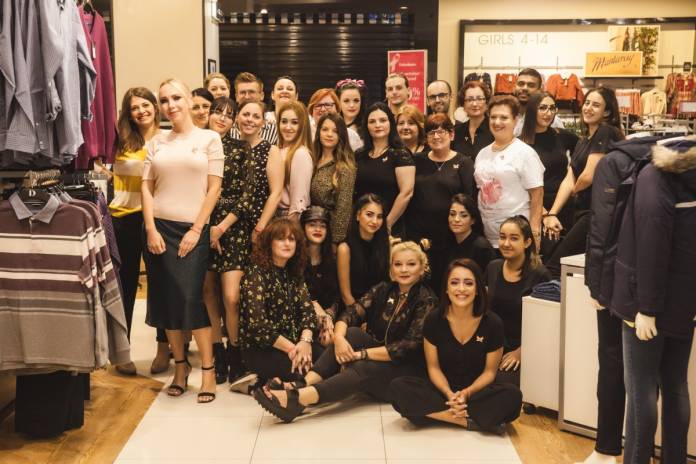 United Group launched its ‘United for Health’ initiative today by marking Pink October with a healthy team breakfast for all the employees of United Group and its subsidiary companies. This event was meant to bring about awareness of early cancer detection and preventative lifestyle choices while acknowledging and supporting individuals and families affected by breast cancer in collaboration with Europa Donna Malta.

Chairperson of United Group Carmen Gatt Baldacchino presented a donation on behalf of the Group to Gertrude Abela, President of Europa Donna Malta and Board Member of Europa Donna Europe. This donation will support Europa Donna’s work of encouraging those undergoing breast cancer treatment, recovery, life after treatment and reconstructive surgery, including the families of patients and survivors.

Customers of United Group’s retail and mobility brands are encouraged to join United Group in supporting Europa Donna by giving a donation in exchange for a pink ribbon pin from any of its retail locations (Debenhams at The Point and Main Street Shopping Complex, Debenhams Beauty Club at The Point, Oasis on Tower Road, MAC Cosmetics at Bisazza Street, The Point or Valletta) or Hertz service outlets (Malta International Airport, Luqa Head Office, Preluna Hotel). All donations will go to Europa Donna Malta.

“When it comes to breast cancer, we have learned that prevention is the best medicine,” commented Edmund Gatt Baldacchino, CEO and Director of United Group. “We are united in our commitment to support our employees — and our community — as they work towards a healthier lifestyle, every day. We are also grateful to Europa Donna for sharing our commitment to the community, and for providing a priceless resource to everyone in Malta directly and indirectly affected by breast cancer.”