Prime Minister Robert Abela described the budget for 2021, presented on Monday, as the best budget in history while Opposition leader Bernad Grech said that the budget forgets the future. An immediate reaction to the budget was also issued by various social partners, unions and stakeholders. Here is what they think;

Should have not been ‘a voucher budget’ – MEA

The budget has been lauded as a good budget by the Malta Employers’ Association as it consisted of a sprinkling of benefits and fiscal incentives to stimulate domestic demand. However, it criticised the increase in optional leave as a frivolous measure with the consequence that it will unnecessarily erode the national competitiveness.

The MEA added that this was not a ‘voucher budget’ “The re-issuing of these vouchers is positive but this measure, costing €30m, should be seen against a backdrop of a national budget that exceeds €4bn.

MEA also mentioned how the outcome of Moneyval is also a critical factor which will determine the rate of recovery and of the financial services sector in 2021 and beyond. 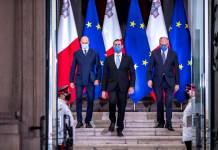 In its reaction to the budget speech, the Malta Chamber said that the budget does not address the massive impact that Covid is having on operating costs for businesses, and introduces no new measures to support businesses that are struggling on this front.

This reflects Government’s optimism that the economy will recover in the short term, an optimism that is not shared by businesses at large, it explained.

The Malta Chamber of SMEs welcomed the extension of the most important COVID-19 Support measure and praised the Government for the issuance of a fresh round of vouchers. It said that the Government took onboard its proposal for a fairer distribution of the allocation of the vouchers between sectors..

However, the Chamber of SMEs said that tax incentives and the lowering of VAT rates would have boosted businesses’ ability to invest and the Government failed to take that step. On the other hand it positively noted the widening of the bracket for tax exempt businesses from Eur 20,000 to Eur 30,000.

The Gozo Tourism Association, GTA, said that it was expected that the budget presented yesterday re-introduces financial measures to stimulate economic activity.

The Gozo Tourism Association observed that no direct fiscal measures were introduced towards the Gozitan tourism industry but said that the government put forward the proposal that caters for the updating and renewal of the existing Diving Master Plan for Gozo in order to reflect the present and future needs of this niche. Moreover, studies will be also carried out to create an underwater cultural museum.

The GTA said that the budget for 2021 focuses and concentrating on green economy and digitalisation, and it believes that Gozo can optimise on these two niches and start slowly diversify its economy.

The Gozo Business Chamber insisted that given Gozo’s present problems related to double insularity, it is important that Gozo is positively discriminated to attract investment to the island. This would ensure its diversification, from an economy which is presently over-dependent on the tourism sector.

The Chamber welcomed the measures intended to enhance consumption in targetted economic areas, those targetted towards business continuity, and the Government’s commitment in terms of transport and connectivity.

Nonetheless, the Chamber would like to see that specific initiatives for Gozo are formulated, especially when it comes to attracting foreign direct investment. It also urged the Government to prioritise several infrastructural projects, mainly: a new breakwater for Marsalforn, the provision of a multi-storey underground car park in Victoria, and the building of a new hospital for Gozo.

On Gozo:
Gozo: No date for tunnel or fast ferry service 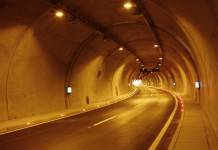 The Malta Hotels and Restaurants Association, MHRA, applauded government’s decision to extend the wage subsidy to employees working across the travel, tourism, and hospitality sector till March 2021. It also expressed its satisfaction that the relaunch of the vouchers scheme.

Over and above the short-term initiatives MHRA noted Government’s efforts to look at the future by setting strong foundations for matters related to the creation of new economic sectors such as Exports, further support to boost the conference and incentive business

GWU in strong approval of Budget

The GWU said it was satisfied that the budget is offering security, stability, peace of mind and trust. It lauded that extension of the Covid Wage Supplement, and the increase in Inwork benefits. The GWU said that the budget continued to support the most vulnerable in the society such as pensioners and the disabled by topping up their pensions.

The GWU said that it was satisfied that the Government took onboard most of its proposals in rectifying and addressing injustice suffered by former dockyard formers who became sick after being exposed to asbestos. 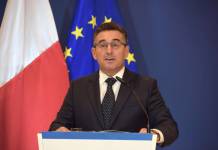 The Confederation of unions, the FORUM said that the government has once again shelved its electoral pledge to allow parents to call in sick in order to take care of their ill children. It applauded the government for the fresh issue of vouchers and the extension of the wage supplement as well as adding another vacation leave to compensate for public holidays falling on weekends.

Compensation went to Stewards instead of frontliners – UĦM

With only part of the funds given to Steward Health Care, frontliners would have been able to be compensated, insisted the UĦM Voice of the Workers. It said it is disappointed that Steward was granted €90 million in investment.

CEO Josef Vella stressed that there is a lack of innovation, that this is a responsive Government Budget but not innovative.

On the other hand, it welcomed the budget’s proposed extra day of vacation leave, together with the voucher scheme and the increase in tax refunds, improvement in Children’s Allowance and increases for pensioners.

It added that the Budget shows that 45% of the Maltese labour market has been affected by the pandemic. Therefore, this “shows that economic sectors are not well distributed, because we have allowed one sector, namely tourism, to grow a lot, with many sectors relying on the same sector.”

The pilots’ association noted that the government claimed that every effort has been made so that no jobs are lost, however, the union counter-argued that genuine efforts made by ALPA and others, to keep 69 members of the Association in employment with Air Malta, were sabotaged by a few.

The union added that all efforts to keep people in employment and companies, not the least Air Malta, afloat to sustainable levels, are always laudable and commendable. ALPA reiterates its commitment towards finding sustainable solutions, not only for its 69 members who were made redundant but towards the whole aviation industry in Malta.

ALPA welcomed the government’s decision to apply for state aid for Air Malta, but thinks this could have come around earlier.

Budget speech had little to say about Education – MUT

The Malta Union of teachers said that it would wait until the Education Minister delivers his speech during the budget estimates, to understand what’s in store for the teachers since the budget speech revealed little in terms of measures aimed at strengthening the education sector.

The MUT said the government seemed to offer quick fixes to the current problems but need to plan ahead in order to mend serious deficiencies effecting the educational sector.

Educators have yet again been forgotten – UPE

The Union of Professional Educators – Voice of the Workers, said it is disappointed with the budget as announced on Monday as educators have yet again been forgotten.

“One would have expected to see LSEs have their courses paid in full and in advance, to see supply teachers having their position regulated through the provision of courses in all subjects available, to see internet expenses subsidized, after having had educators across the board making use of their private connection to work and deliver lessons online,” said UPE

The union also said that it expected to see some of older schools have funds invested in long-overdue renovations.

The Malta Developers Association, MDA, was first to react to the budget proposal. In a statement, it welcomed the fact that several of its proposals have been taken on board by the government.

In particular, the MDA welcomes the extension of the First Time Buyers scheme, the extension of incentives towards more investment in modern, efficient, and sustainable machinery and equipment as well as other incentives in favour of the green economy. 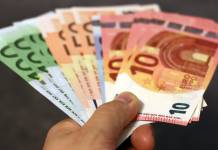 Lack of measures to the entertainment sector – MEIA

It reaffirmed its position for the return to a full wage supplement to operators in the arts and entertainment industries. It added that the only sector-specific measure announced in budget 2021 is a €1million cultural assistance fund to address the multiple challenges resulting from COVID-19.

MEIA will be calling an extraordinary general meeting on the 27th of October.

The National Youth Council said it is proud to see that through it, the voice of young people has been heard on a number of relevant points in this budget.

Such proposals include educational campaigns on sexual health and the allocation of more mental health resources at Mater Dei Hospital, and research on cannabis use.

On the other hand, there are a number of proposals that the Council wish could have been further developed. It recognizes the importance of a campaign on eating disorders and looks forward to seeing more campaigns implemented on other aspects of mental health.

It also called for a ban on unpaid traineeships, a permanent GU clinic in Gozo General Hospital, the implementation of more bicycle lanes, and more emphasis on the voluntary sector. The KNŻ questioned whether the extension of the Covid Wage Supplement will be extended to young people receiving a stipend.

Nature Trust – FEE Malta welcomed the Green budget initiatives announced in the 2021 budget and noted with pleasure that Malta aims to go for carbon-neutral status by the year 2050.

It also welcomed the drive towards renewable energy, and also the focus on eliminating single-use plastics once and for all from the Maltese Islands in line with European Union targets, however, it still awaits the long-overdue Government vision to fully protect the few natural sites left.

Nature Trust said that no mention has been made of the restoration of existing natura 2000 sites and their long-term upkeep for future generations to enjoy. The NGO also said that it looks forward to having the rangers announced in the budget for all protected sites.