An “unfortunate mistake” led prison officials to release from custody a man who had been denied bail over a domestic violence charge in July, an inquiry by former Chief Justice Joseph Azzopardi has concluded.

The man was accused of threatening his wife and breaching a protection order, and had been denied bail on four occasions, only to be released on 9 July.

The magistrate presiding over criminal proceedings only realised what had happened at the end of a sitting on 11 August. She questioned where the man’s prison escort was as she prepared to adjourn the sitting, only to be informed by the defence that none was needed since the accused was out of custody.

Prison should retain one file per inmate to avoid a repeat

The case was publicised by PN MP Jason Azzopardi, prompting the Home Affairs Ministry to task Judge Azzopardi with looking into the case. 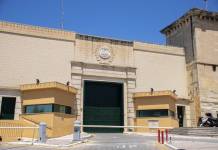 The inquiry was published in full, though the name of a number of officials involved was blacked out for privacy reasons. The name of the accused was also blacked out: the publication of names in domestic violence cases is often withheld, since the victim could easily be identified.

In his inquiry, the former Chief Justice determined that a mix-up had occurred stemming from the man’s prior conviction – on another domestic violence charge.

The man had been sentenced to a 3-month jail term on 5 May. But since he had been in preventive custody since May, he was released 4 days later, with time off for good behaviour apparently taken into account. He was arraigned over a separate case – on which bail was denied – on 16 June.

Azzopardi looked into procedure, noting that the Law Courts sent what are known as tickets of admission to the Corradino Correctional Facility on arraignment, after a judgment imposing a jail term. Accused granted bail are only released after the relative deposit is paid, if applicable, and tickets are also sent in cases where bail is revoked.

Prison records suggested that they only received one ticket of admission, related to the judgment.

But they also confirmed that a separate file was opened on every different admission, which Azzopardi surmised was the reason for their oversight in this case.

Consequently, he suggested that in the future, the CCF should retain a single file for every inmate, to prevent the release of an inmate on the basis of a file when their continued arrest was mandated in another.

Man escapes custody while being escorted to prison