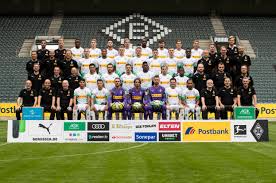 The weekend served us with some unexpected defeats and resolute comebacks from the four major leagues in Europe. Losses for Bayern Munich and Barcelona suffer surprise defeats in the respective leagues. In England, the top two had to dig deep to get a result while in Italy Juventus win the derby.

Levante inflicted the third defeat of the season on league leaders Barcelona. The Catalans had opened the scoring through Messi in the first half. Levante responded with three goals in seven second-half minutes, goals from Campana, Mayoral and Radoja completed the turnaround. Real Betis goalkeeper Joel Robles was the hero as he produced some fine saves to deny Real Madrid a victory. Zinedine Zidane’s team failed to find the net in front of the home crowd at the Bernabeu. Granada lost at home to Real Sociedad and missed the chance of regaining top spot on \sunday night. Manzanera scored two goals that gave Sociedad the 3 points and put them level on points with Barca and Real Madrid with 22 points. Only 4 points separate leaders Barcelona from ninth-placed Osasuna in La Liga.

Dutch defender Matthijs de Ligt scored the only goal in the Turin derby to help Juventus reclaim top spot of the Serie A. His first goal for Maurizio Sarri’s side in the 70th minute was enough to beat city rivals Torino. Inter had claimed top spot earlier in the day when two goals from Romelu Lukaku gave Antonio Conte side the win in Bologna. Roma beat Napoli by two goals to one at the Olimpico, a game which was blemished with racial chants aimed at the travelling Napoli supporters. Lazio poured more misery on Milan when they beat them  2 – 1. This was the first victory for Lazio against Milan in 30 years at the San Siro. Ciro Immobile has scored 13 goals this season in the opening 11 games, he is the leading scoring in the Serie A this season.

Germany: Borussia Monchengladbach to the fore

Bundesliga leaders Borrusia Monchengladbach increased their lead over champions Bayern Munich by four points in a weekend of drama in Germany. Bayern suffered a humiliating defeat against Eintracht Frankfurt in a game which saw Jerome Boateng sent off after 9 minutes for the visitors. Although enjoying 61% of the possession they were demolished by a clinical and direct Frankfurt team. The scoreline could have been more embarrassing had it not been for some first-class saves from their goalkeeper Manuel Neuer who kept it down to 5 goals. The defeat cost Manager Niko Kovac his place as Bayern’s manager, late Sunday night the club issued a statement confirming the dismissal of Kovac. Borussia Monchengladbach managed a 2-1 victory away from home at Bayer Leverkusen. The first Berlin derby since the fall of the Berlin wall in 1989 ended with a dramatic winner from the penalty spot by Sebastian Plotter in the 90th minute. The game was temporarily stopped after flares were thrown on the pitch. Elsewhere third-placed Leipzig destroyed Mainz by scoring eight goals without reply, Timo Werner helping himself to a hat-trick which puts second in the top scores list with 9 goals, 5 less than top scorer Robert Lewandowski of  Bayern Munich.

Liverpool kept their six-point advantage over Manchester City at the top of the English Premier League. Both sides had to work hard and overturn a one-goal deficit late in their games. City were hosting Southampton who opened the scoring through Ward-Prowse on 13 minutes. With 20 minutes left on the clock, Sergio Aguero levelled the score and Walker came up with the winner four minutes from time. In Birmingham, Liverpool seemed to be heading for their first defeat of the season at Villa Park. It was the Egyptian Trezeguet who had given the home side the lead which lasted for more than an hour until very late goals from Robertson and Mane gave the reds a dramatic victory over Aston Villa . Unfortunately, the headlines will be made by the horrific injury suffered by the Everton midfielder Andre Gomes in the game against Tottenham Hotspur. Gomes was tackled by Son and fell awkwardly, players and fans close to the incident were horrified by the injury. After extensive treatment on the pitch, Gomes was taken by stretcher off the pitch and taken to hospital. Son was in tears before being sent off for the foul while Serge Aurier couldn’t watch and was praying on his knees while Gomes was being medicated. Gomes will undergo surgery today on his right ankle which was dislocated and fractured in the incident.

Amy Borg   August 4, 2020
The Executive Council of the Chamber of Pharmacists again appealed the nation to pull one rope as the country can revert to the position of sustained zero cases of just 2 weeks ago