Voting began at 9am on Saturday at the party’s headquarters in Hamrun. Voting came to an end at 3pm, while in Gozo voting was until 1pm. Counting began at 4pm.

Micallef was confirmed deputy leader with 634 votes in favour, 13 against and 3 abstentions.

Micallef who until recent was party president, is uncontested for the post and will be replacing controversial former minister Chris Cardona, who was asked to resign by Prime Minister Robert Abela last month in the wake of court testimony that appeared to implicate him in the Daphne Caruana Galizia assassination.

Partit Laburista will hold an extraordinary general conference on Sunday at Rialto Theatre in Bormla on Sunday. Ramona Attard who until recent served as a spokesperson within the Office of the Prime Minister will deliver the opening speech after she was confirmed party president since the post went uncontested. 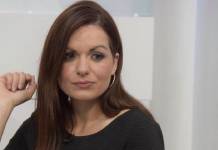