A success fee allegedly charged by incumbent Partit Nazzjonalista leader Adrian Delia when he was still a practising lawyer will be decided in court, businessman Boris Arcidiacono said in a statement released by his lawyer Dr Cedric Mifsud on his behalf on Saturday.

The statement comes after the party published the due diligence report about its two candidates for the leadership role ahead of the October 3, internal election. 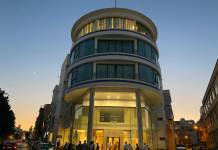 The dispute concerns an €86, 210 fee Delia charged for securing a loan from HSBC for Arcidiacono.

However, in a statement sent to the press by lawyer Cedric Mifsud on behalf of the businessman, it was pointed out that the acts of the case contain copies of the two invoices that were issued to Arcidiacono. The invoices amount to €86, 210.

‘The invoices were only raised after Adrian Delia got paid by the Bank. No request for payment was issued before actual payment was done. This is evidence held in the acts of the case,’ the statement reads.

The businessman made it clear that he has no intention to enter any political dispute but felt that certain facts which could have been easily verified needed to be pointed out.

Arcidiacono said that he did not initially sue Delia because he restricted the claim with respect to the bank which issued the payment to Adrian Delia. Nevertheless, the bank felt, that in view of the claims being made, it should request the court to order Adrian Delia to join the cause of action as a defendant and therefore answer the claims. The bank’s request had been acceded to by the court and Delia has been a defendant ever since.

The matter will be decided by the Civil Court as is the case whenever a civil wrongdoing is alleged.

The businessman rejected claims made by Delia in which he told the panel of experts that his services extended to a number of matters including negotiations with creditors and the drafting of agreements.

“The services provided by Adrian Delia never merited a total fee of €86,210. This exceeds by far the tariff established by the guidelines of the Chamber of Advocates and there was no agreement for such a fee to be charged in his regard.”

This contrasts greatly with what Delia told the panel of experts, which was appointed to carry out the due diligence report. In his interview, Delia claimed that his professional services consisted of negotiating and reaching an agreement with various creditors, drafting such agreements and executing them.

Arcidiacono reiterated that he never authorised the bank to issue Delia with a payment of €86,210.

The panel of experts in its comments said that the concept of charging a “success fee” for procuring a loan from a commercial bank is at best “ethically dubious”. The procurement of a loan should not be dependent on a third party such as a lawyer, it noted, adding that it is the bank which decides whether or not a client should get a loan.