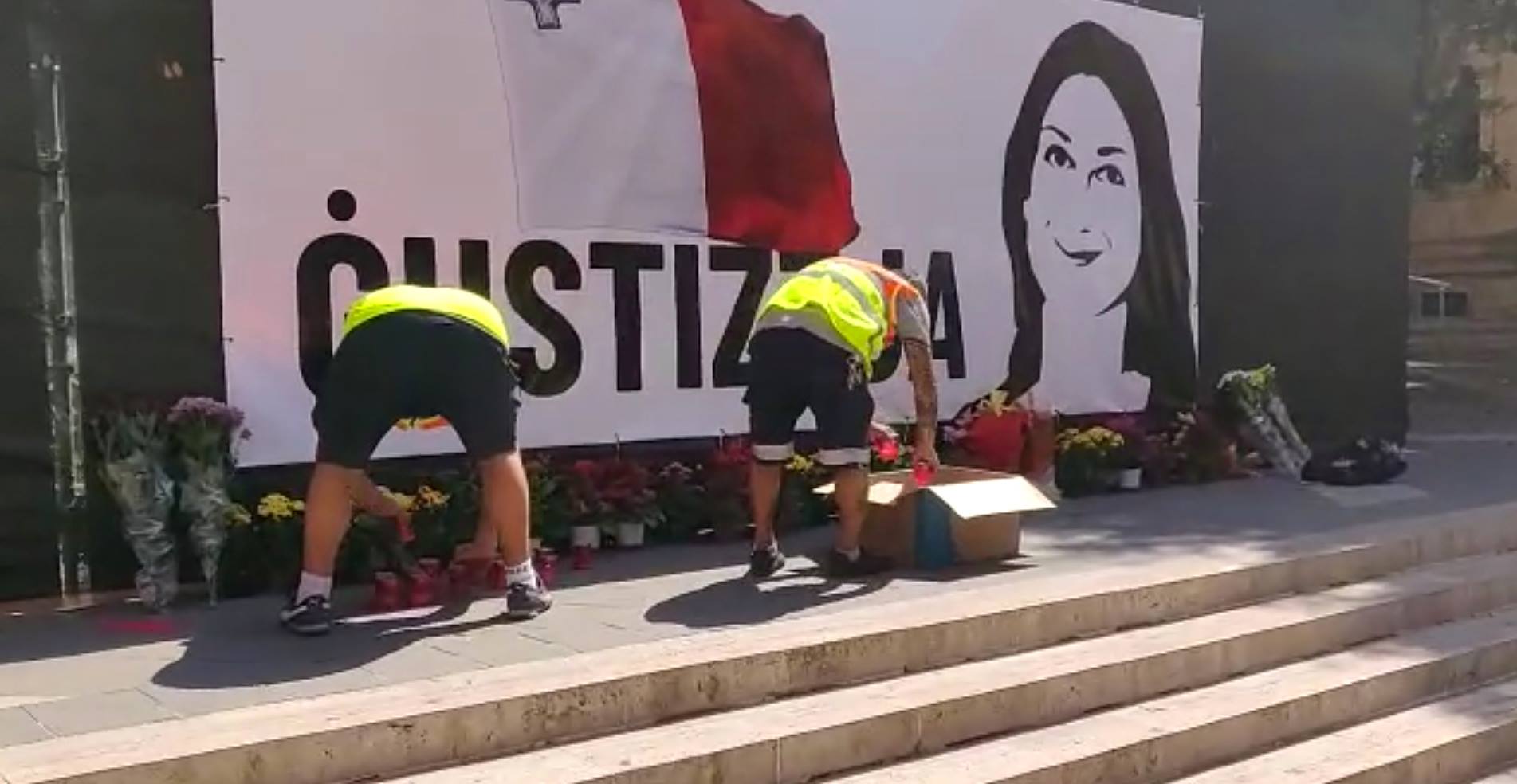 The Institute of Maltese Journalists (IĠM) stressed that it is unacceptable for anyone, and especially government employees who should set an example, to attempt to stop a journalist from filming or reporting.

Furthermore IĠM called on the relevant authorities to investigate the incident and to take the necessarily disciplinary action. They are making reference to the incident that happened today, as a Newsbook.com.mt journalist was physically assaulted by an official from the department of public cleansing, who grabbed his phone out of his hands to stop him from filming. Later, the official, Maurice Spiteri went to the police station to take the items put up by the activists. There, he saw the same journalist from Newsbook who was filing a police report. The official apologised to him, and went on to say that he does not consider grabbing his hand to stop him taking footage or photos as an assault.

In a press release, IĠM stressed they condemn in the strongest possible terms any violence, interference or harassment of journalists while they are on duty. Furthermore, they stressed that such events should not recur, and call on the relevant authorities to assure so.

They detailed that unfortunately, this is not the first time that journalists have been harassed or threatened and told to delete footage or photos they had taken. They reminded that any such demands have no legal basis as journalists are legally entitled to take film and photos of anything that happens in the public domain, particularly where this is necessary and justified for reasons of substantial public interest.

PRESS RELEASE ISSUED BY THE INSTITUTE OF MALTESE JOURNALISTS

The official dictates that he was following orders

The official from the department of public cleansing, Maurice Spiteri, said that he was just following orders. He told Newsbook.com.mt that it wasn’t fair that he was broadcasted all over the media, when he was just doing his job. He also stated that at no point did he attack the journalist.

Daphne’s memorial will be guarded throughout the night

The activists once again set up Daphne Caruana Galizia’s memorial, and will be guarding it throughout the night.

This was announced in a press release sent by blogger Manuel Delia, who detailed that the Police acted on the report made by the Department for Civil Protection, but upon visiting the site at 2pm, found nothing that would be deemed to be “illegal”. Delia said that the Police left everything as is and left.

Employees from the department of public cleansing were the ones who dismantled the memorial, but after a report made to the Police, they returned the protest material to the police station in Valletta. Delia explained that he, along with other activists, went back outside the Court to protest this injustice, and went on to say that they will be there for the hours to come.

“We will not stand by and let this happen”- #occupyjustice

Activists forming part of #occupyjustice will be staying the night next to Daphne Caruana Galizia’s memorial, up until the vigil being held tomorrow at 7pm, on the occasion of the 11th month from the assassination of the journalist.

In a press release, they stressed that their freedom is being suppressed, and that they will not stand for this. They pointed out that on the International Day of Democracy, it is ironic that people are not free to express their opinions.

They addressed the Minister of Justice Owen Bonnici directly, saying that the monument that had to be boarded up “basically for health and safety reasons”, is a reflection on this issue which has basically become an issue of health and safety for democracy.

Sylvana Debono   July 8, 2020
Four captains of industry who sit on the Malta Council for Economic and Social Development (MCESD) have put their name to a statement which criticises government for undermining the democratic process of consultation.