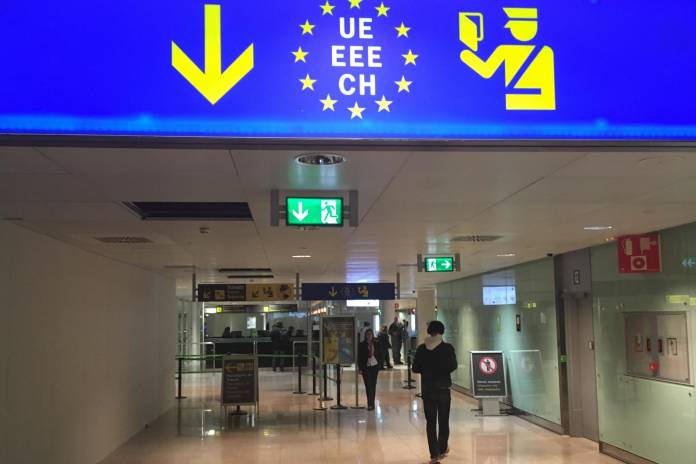 In the event of a No-Deal Brexit. British tourists entering Malta, would no longer be allowed to use the blue EU channel to enter the country, the Customs Department.

This is just one of the guidelines that the Customs Department has issued in the event of a No-Deal scenario happening on October 31st.

Along with border controls, the authority also states that procedures on the importing and exporting of goods to and from the UK will face extra Customs formalities.

A Customs Declaration would be needed, which would include all of the duties and taxes like VAT and excise, paid prior to the items being distributed to the EU.

A similar set up is use for goods to and from the United States, Japan and other third countries in relation to the EU.

As for companies importing material from the UK for processing and production, the Customs Department says that there will be an Inward Processing Procedure. The procedure will allow companies to apply for import relief.

Erasmus students will still be funded after No-Deal Brexit

The Customs Department says it will also be treating imports and exports to the UK with a ‘risk-based approach’. They say this will be ‘fully in line with the current approach implemented by the Department over the movement of goods, from and to, other third countries.’

For those trading solely with the UK and EU, the Customs Department has again advised those operators to register for an Economic Operator Registration Identification number. This would be used to, ‘lodge declarations for their imports and exports.’ These operators can register through the following email: eori.customs@gov.mt.

Online payment systems will also be implemented for import declarations. They state that this will reduce queues at their cash points.

Customs find over €21,000 in undeclared cash

Erasmus students will still be funded after No-Deal Brexit

John Paul Cordina   July 1, 2020
Former prime minister Joseph Muscat insisted that there was no evidence linking him to any alleged corrupt dealings in Montenegro as he reacted to Nationalist MP Jason Azzopardi’s decision to appeal a breach of privilege ruling.

Coryse Borg   July 2, 2020
Neil Agius has proved that everything is possible when someone pursues a cause with passion, after carrying out the swim between Sicily and Malta to further the cause of Wave of Change.