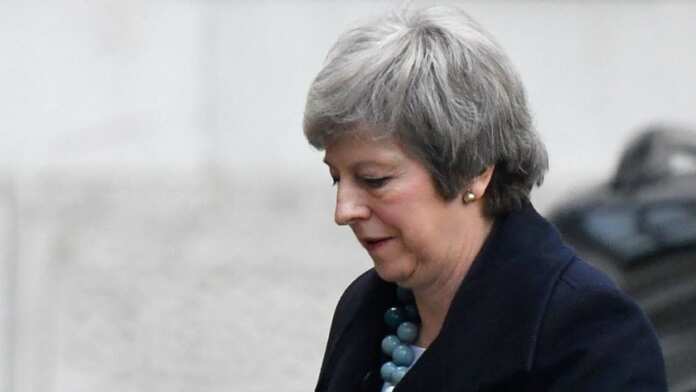 British Journalist Robert Peston, reports that if MPs vote for the Prime Minister’s Brexit deal and the infamous Irish Backstop, Theresa May would agree to resign.

Peston says that through a reliable source, he has been informed that during yesterday’s meeting at Chequers, the British Prime Minister told key Brexiteer MPs including Boris Johnson and Jacob Rees Mogg that she would step down if they support her deal.

There are no details which confirm the PM would actually go would through with the resignation.

Some dates for your Brexit diaries

What Peston points out is that she will still struggle to get the support of all Brexiteer MPs.  This is despite the possibility of winning over staunch po-Brexit leavers like Jacob Rees Mogg.

She would also need to convince the Democratic Unionists to support her deal. For now, Peston doesn’t believe she has the numbers or the support for her deal to cross the line.

This difficulty with the Brexiteers is worsened by the lack of confidence in her from both the Labour Party and Conservative Remainers like Grieve, Greening and Gyamah.

Peston suggests that even sacrificing herself for the deal may still not guarantee the deal gets the support it needs.

‘The ERG Brexiters and DUP may well say thank you very much, and vote against her anyway.’, Peston writes.