Parliamentary Secretary for Citizenship Alex Muscat and the British High Commissioner Cathy Ward have once again urged UK citizens in Malta to register for their new residency status.

In a statement, Parliamentary Secretary Muscat said that from the data collected, the total number of British nationals residing in Malta amount to almost 14,000.

In the months preceding February of this year, Identity Malta embarked on an exercise to gather information to all British nationals who reside in Malta. This exercise was done in collaboration with the British High Commission, in preparation to the eventual exit of the UK from the EU. Muscat said that the intention has always been to provide a seamless transition for all British nationals who reside in Malta once Brexit occurs. 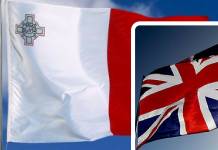 Malta will be issuing a 10-year residence permit to UK citizens currently residing in Malta which will allow them to continue to reside, work, and study in Malta. This means that following 31st December 2020, UK citizens residing in Malta shall continue to do so and can move freely in and out of the country as stipulated in the EU-UK Withdrawal Agreement and national laws.

Such rights will also be extended to their family members, provided that the main beneficiary has been in a relationship before 31st December 2020. 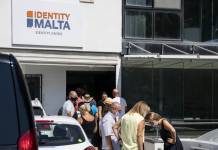