Facebook, which also owns WhatsApp and Instagram, said in a statement it was pausing reviews for all of its services “pending further assessment of the National Security Law.”

Google, a unit of Alphabet Inc , and Twitter said they suspended their reviews of data requests from Hong Kong authorities immediately after the law went into effect last week.

Social networks often apply localized restrictions to posts that violate local laws but not their own rules for acceptable speech. Facebook restricted 394 such pieces of content in Hong Kong in the second half of 2019, up from eight in the first half of the year, according to its transparency report.

Tech companies have long operated freely in Hong Kong, a financial hub where internet access has been unaffected by the firewall imposed in mainland China, which blocks Google, Twitter and Facebook. 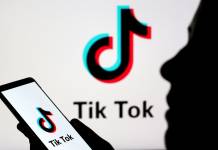 In addition to the announcements by the U.S tech giants, TikTok, the short-form video app owned by China-based ByteDance, said it would pull out of the Hong Kong market within days.

TikTok was designed so it could not be accessed by mainland China, part of a strategy to appeal to a more global audience. Hong Kong is a small, loss-making market for the company, one source familiar with the matter said.

China’s parliament passed the national security legislation last week, setting the stage for the most radical changes to the former British colony’s way of life since it returned to Chinese rule 23 years ago.

Hong Kong late on Monday published more details about how the new law will strengthen police powers over the internet, including the ability to ask publishers to remove information deemed a threat to national security, refusal of which could result in a fine or jail. 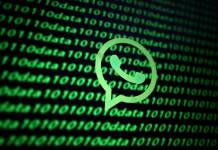 Asked about the moves by the U.S. tech firms and prospects for media freedom, Hong Kong Chief Executive Carrie Lam told a news conference on Tuesday: “Ultimately, time and facts will tell that this law will not undermine human rights and freedoms.”

US to unseal new charges in connection with Lockerbie explosion