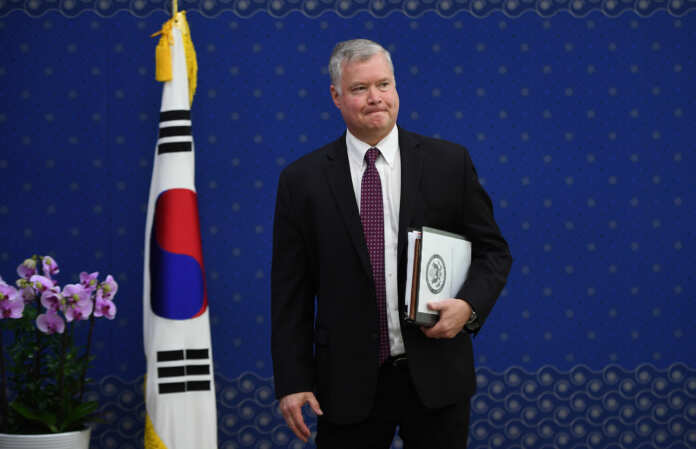 The nuclear negotiators of the United States and South Korea held a meeting in Seoul of a working group they launched last month to boost policy coordination on North Korea.

They explored ways to improve the delivery of humanitarian aid, which relief groups say has been sharply limited by the United States’ strict enforcement of international sanctions imposed because of the North’s nuclear and missile programmes, the envoys said.

South Korea’s envoy, Lee Do-hoon, said the United States agreed to support South Korea’s plan to provide the flu drug Tamiflu to the North as part of the discussions.

The move is aimed at kick-starting nuclear diplomacy between Washington and Pyongyang, Biegun said, as they struggle to find a breakthrough in stalled negotiations.

“Of course all of this is intended to advance what we’re trying to do with North Korea,” Biegun told reporters.

“Now that work begins with denuclearisation but also includes the strong commitments by both of our countries to transform relations and build a permanent peace regime on the Korean peninsula,” he said.