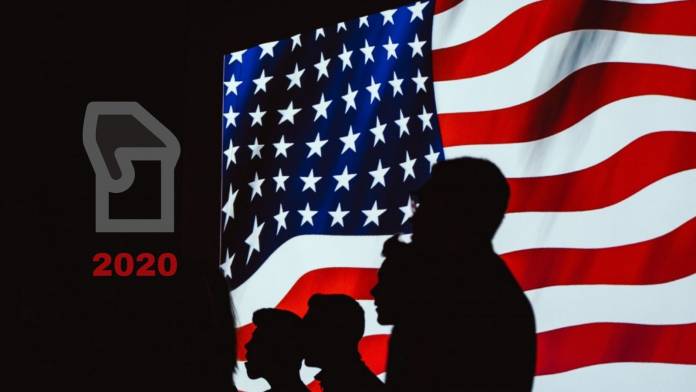 President Donald Trump on Wednesday claimed that he had won the U.S. election with millions of votes still uncounted after his Democratic rival, Joe Biden, said he was confident of winning a contest that will not be resolved until a handful of states complete vote-counting over the next hours or days.

Until now no winner has been announced in several crucial states at the race for the 270 states is still underway. Currently there are nine states which have not been called yet.

Earlier today Trump said that “Frankly, we did win this election,” after claiming he was winning several battleground states where votes were still being tallied.

First results from the US presidential election between Republican Donald Trump and the Democratic Joe Biden show that the election will be close to call.

“This is a fraud on the American public,” Trump said without providing any evidence to support the claim.

Election laws in all U.S. states require all votes to be counted. More votes still stood to be counted this year than in the past as people voted early by mail and in person in the face of the coronavirus pandemic.

In a reaction to this, Democratic presidential candidate Joe Biden’s campaign said it has legal teams standing by if U.S. President Donald Trump follows through with his threat to go to court to try to stop the counting of votes.

“If the president makes good on his threat to go to court to try to prevent the proper tabulation of votes, we have legal teams standing by ready to deploy to resist that effort,” Biden campaign manager Jen O’Malley Dillon said in a statement.

First results indicate that Trump has won Florida.  But election results from some battleground states, including Pennsylvania, Wisconsin, Michigan and Georgia, were still not clear and projections from major networks and Edison Research showed Trump still short of the 270 electoral votes need to win re-election.

In his address to voters from the White House Trump told supporters to prepare for “a big win”. “This is, without question, the latest news conference I’ve ever had,” Trump joked as he started speaking at about 2:20 am ET. The president then accused Democrats of trying to “disenfranchise” his supporters.

“We didn’t win it, we won it by a lot,” he said. The Republican President, in a tweet early on Wednesday, predicted he will win a second four-year term and accused Democrats of attempting to “steal” the election from him, without citing any evidence. “We are up BIG, but they are trying to STEAL the Election. We will never let them do it,” Trump tweeted, adding, “A big win” for re-election.

His tweets came immediately after a statement from Democratic presidential candidate Joe Biden, where he appealed for patience and indicated that it is going be a long drawn election night. Biden said he is locked in a tight race against Republican President Donald Trump but was optimistic of a win. Biden said the results of the election may not be known until Wednesday morning or later but he is optimistic of the outcome.

Fox News projected Biden would win Arizona, giving him a potential path to victory with the “blue wall” states.

Supporters of both candidates called the election a referendum on Trump and his tumultuous first term.

Trump monitored election returns with members of his family in the living room of the White House residence. Going in and out of the room were first lady Melania Trump, his son-in-law Jared Kushner and his daughter Ivanka among others. “He’s calm, chilling,” said a source familiar with the scene.

A senior Trump aide, watching returns at the White House, described the mood there in a text: “Good. But nervous”

Edison’s national exit poll showed that while Biden led Trump among nonwhite voters, Trump received a slightly higher proportion of the non-white votes than he did in 2016. The poll showed that about 11% of African Americans, 31% of Hispanics and 30% of Asian Americans voted for Trump, up 3 percentage points from 2016 in all three groups

The poll found Biden made significant gains in the suburbs. In 42 suburban counties spread across 13 states where most of the votes had been counted, Biden was doing about 5 percentage points better than Clinton did in 2016 and than Barack Obama did in 2012.

Biden, 77, still has multiple paths to the 270 Electoral College votes he needs to win without Florida, despite having spent lots of time and money trying to flip the state that backed Trump, 74, in 2016.