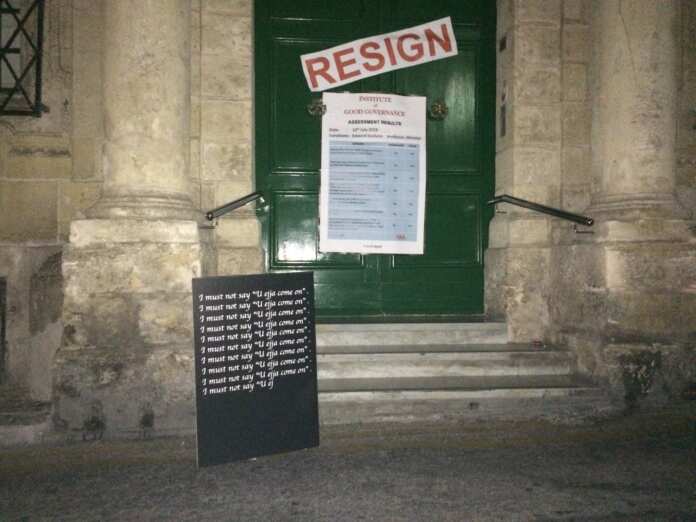 Maltese activists from Reżistenza group stormed the Ministry for Finance with placards outside the building. Their main message was “U ejja come on!”, words expressed by the Minister for Finance Edward Scicluna some weeks ago.

Reżistenza referred to the recommendations set out by the European Banking Authority (EBA) which concluded that the Financial Intelligence Analysis Unit (FIAU Malta) had breached a directive on the prevention of money laundering and terrorist financing.

The activists said that it is indeed shameful that nobody shouldered the responsibility for this result, saying it was “shocking”.

Last month, Reżistenza attached a placard to the gates of the Law Courts in Valletta depicting Minister for Justice Owen Bonnici breaking the symbolic scales of justice.