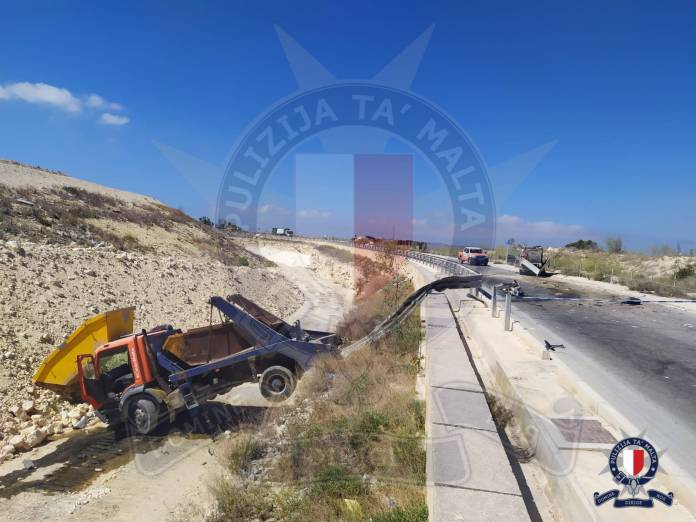 A 33-year-old truck driver sustained grievous injuries when he was involved in a collision with another truck in WasteServ’s Magħtab complex on Wednesday morning.

The 53-year-old driver of the other truck was found to have sustained slight injuries, the police reported.

Both trucks were extensively damaged in the collision, trapping the drivers inside their cabins. Civil Protection Department officers were called in to extricate them from their vehicles. Following the impact, the Mercedes truck ended up on a lower path on the side of the road, following a drop of around one story.

Investigations into the collision are ongoing.