Two-thirds of Slovakia’s population of 5.4 million people were tested for coronavirus over the weekend as part of a programme aimed at making the Central European country one of the first to test its entire population.

1.06% or 38,359 individuals were found to be positive following antigen tests carried out on 3,525 million people.

Prime Minister Igor Matovič was quoted telling reports that the country has made a great leap forward. He remarked that people should not think it is fine because only 1% have tested positive noting tat the numbers could go up to 2%.

Antigen tests unlike nasal swab tests are more rapid however they are less reliable.

Testing is scheduled to continue next weekend. While participation is not mandatory, individuals stopped by the police who cannot produce a negative test certificate risk being fined.

A total of 219 people in Slovakia have died from the virus. 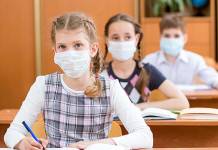