The health authorities said that an 85-year-old man who tested positive on 7 January, died at Mater Dei Hospital on Friday.

The second victim announced on Saturday was a 77-year-old woman who tested positive on 3 January. She passed away on Friday at Mater Dei Hospital.

While offering condolences to the families of the victims, the health ministry urged the public to remain vigilant. 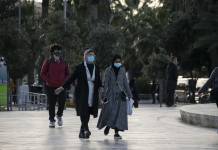