St Edward’s College, San Anton School, St Martin’s School, San Andrea School and St Catherine’s School have issued statements to their staff and to parents that the schools are closing as a temporary measure following the latest developments on coronavirus.

San Anton School and St Martin’s School will close from next Monday for two weeks and St Catherine’s school will shut down as from Friday 13th until further notice.

San Andrea School informed staff and parents that the school will shut down as from Friday 13th till Friday 20th March.

On their Facebook page, St Edward’s College announced that they are taking tomorrow, Friday, March 13th, Monday, March 16th and Tuesday, March 17th as holidays and the pre-set holidays; Wednesday 18th, till Friday 20th, both days included will remain as already scheduled in the School calendar.

St Edward’s College will be operating as usual as from Monday 23rd March.

On Tuesday afternoon the Malta Union of Teachers, MUT, will meet with Prime Minister Robert Abela to discuss school closures

MUT said that parents, educators and the student themselves are concerned about the latest development and are in favour of school closures as a temporary measure.

There is also a petition going around calling for schools and the University of Malta to temporarily close. Till now almost 10,000 signatures were collected. 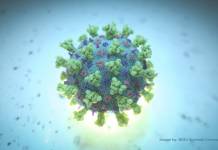