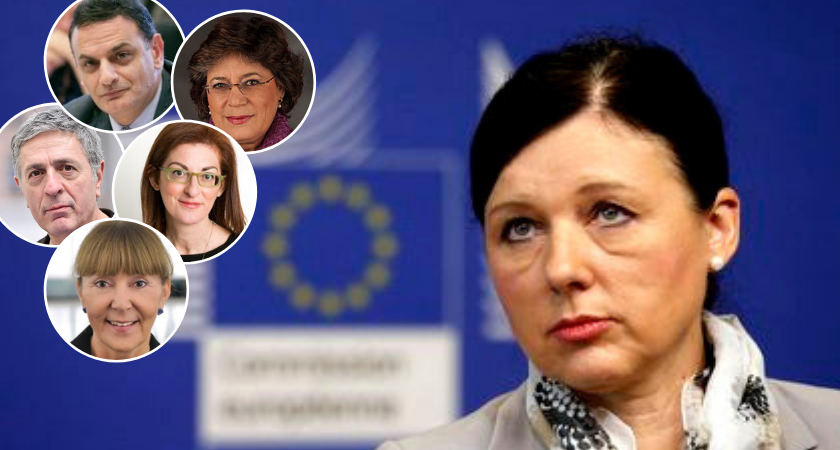 In a letter addressed to Justice Commissioner, Vera Jourova, and Vice-President of the European Commission, Frans Timmermans, the Government condemned the spirit in which David Casa’s letter was written. The letter was signed by and signed by European Affairs Minister Helena Dalli and Justice Minister Owen Bonnici. The Government argued that Casa’s letter was an attempt to cause reputational damage. The Head of Delegation and PN MEP David Casa described the letter to Jourova and Timmermans as a “weak attempt” to defend a colleague by the two Ministers arguing that “facts” as revealed by the media remained the same.

Casa wrote to the Justice Commissioner and the Vice-President of the EC on Monday urging the European Commission to insist on a public inquiry to be held on the basis of the allegations of State involvement in the assassination of Daphne Caruana Galizia.

Dalli and Bonnici insisted that in his letter, the PN MEP, implied that a member of the Maltese Government was reponsible for the assassination. The Government claimed that allegations were baseless. Casa’s letter to the Commissioner came after fresh allegations emerged about the Economy Minister Chris Cardona who was present at a bachelor’s party to which Alfred Degiorgio was also invited four months prior to the assassination. Cardona had been already sighted in a bar with the same man, according to the Daphne Project.

The Government protested the allegations arguing that the Maltese authorities have put effort into completely investigating the murder which resulted in the arraignment of three people who were being charged with carrying out the killing. However to date, it is still not yet known who commissioned the murder.

The Government invited Casa to come forward with any evidence or proof which may assist the ongoing investigation.

Casa described the joint letter by Dalli and Bonnici as a weak attempt to defend a colleague within the same cabinet. In a statement Casa explained that what he had referred to had been revealed earlier on Monday and asked the Commission to insist on a public inquiry. Casa further argued that the “facts” which emerged to date put one of Muscat’s closest Ministers in a bad light, in reference to the allegations about the Economy Minister Chris Cardona. Casa reiterated that if Dalli and Bonnici wanted to know all the facts and the role of the Maltese State they would have supported Casa’s appeal for a public independent inquiry.

In a second letter sent to Vice-President Frans Timmermans and Justice Commissioner Vera Jourova, five MEPs listed a number of reasons why the European Commission should look into the facts published by the Daphne Project and which are relevant to the investigation into the assassination of the investigative journalist Daphne Caruana Galizia.

A call for public inquiry

Two law firms published their legal opinion and called for a public inquiry into the investigative journalist’s assassination on behalf of the Caruana Galizia family. The public inquiry was ruled out by the Prime Minister Joseph Muscat. However in the letter sent on Wednesday the Government said that it was incorrect to say that Malta had objected to the inquiry, correcting that what they had objected to was the involvement of Peter Omtizgt.

On Monday 25 local and international non-governmental organisations consisting of anti-corruption activists and press organisations called on the Prime Minister to reconsider his position and accede to the call for a public inquiry.