The health authorities have reported the death of two COVID-19 patients; a woman aged 91 and male aged 80 years old.

The Ministry for Health said in a statement that the woman had been admitted to Boffa Hospital on the 24th of October but had tested positive on the 21st of October. She was then transferred to Mater Dei Hospital on October 27th. She continued receiving treatment at the hospital, where she died late on Saturday. The woman had underlying health conditions, according to health authorities.

Regarding the death of an 80-year-old male, the Ministry for Health said that he was confirmed positive to COVID-19 on the 15th of October and was admitted to St Thomas hospital on the 17th of October who was later transferred to Mater Dei on the 21st.

These are the 63rd and 64th death linked to the pandemic in Malta.

The Health Ministry reiterated its appeal to the public to continue following the recommendations of the health authorities. 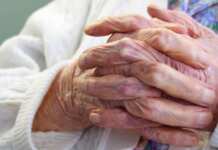