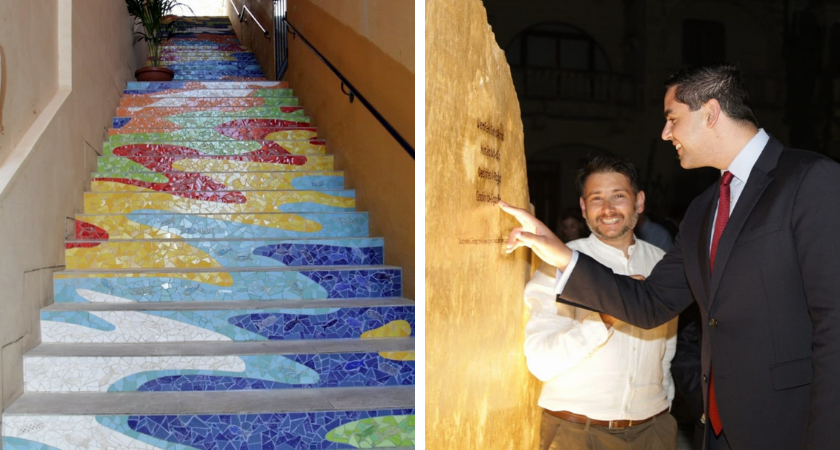 Minister for Transport, Infrastructure and Capital Projects Ian Borg inaugurated two of the six winning projects from the Art in Public Spaces competition which was held in 2015. ‘Reflections and Connections and ‘Ħaġarna’ are both in Gozo.

‘Reflections and Connections’ by Mary Portelli is a public staircase which has been covered with colourful mosaic tiles used in a facility in Għajnsielem. ‘Ħaġarna’ by Victor Agius is a contemporary sculpture which reflects the identity, history, and cultural heritage of Xagħra, which has a strong identity that goes back to prehistoric times.

Minister Borg praised both works and said that he believes in the importance of creating public places that are aesthetically pleasing.

Minister for Gozo Justyne Caruana was also present during the inauguration of the Xagħra project.