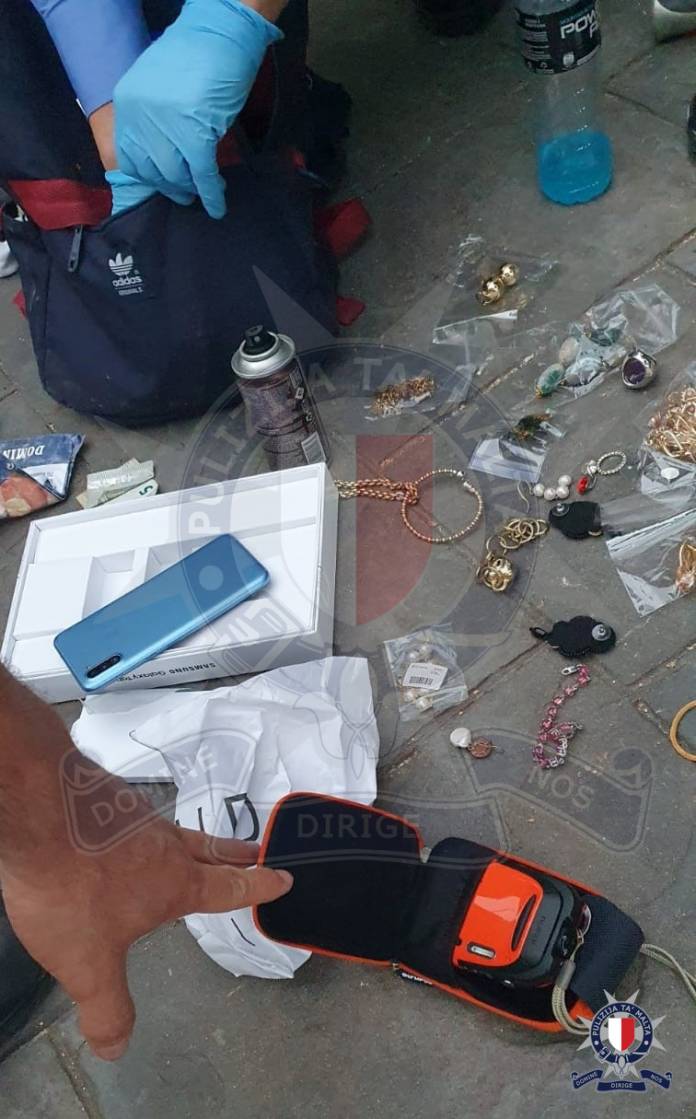 Two persons have been arrested on allegations of theft from Swieqi private residences.

Police were informed of a suspicious individual entering a residence at 5.20am in Triq il-Kejla, Swieqi. The Rapid Intervention Unit (RIU) were immediately despatched, who found a 24-year old man on site. They arrested him and came to know that he was involved in a theft in another residence in the same street.

Several valuable objects were found on his person, along with money stolen from these residences. He was also in possession of a substance suspected to be drugs.

Following further investigations, another person was identified that was allegedly involved in these thefts. The man was arrested in a residence in Fgura, and upon a search, items were recovered that were stolen from Swieqi.

The two foreigners are being held in the lockup in the Police General Headquarters in Floriana. Investigations are ongoing.