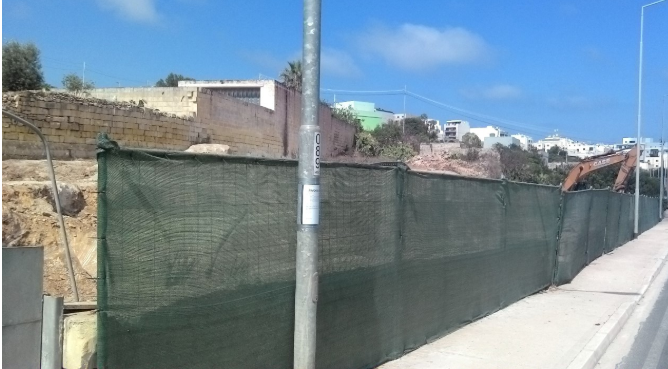 Government’s environmental watchdog, ERA had objected heavily to the approval of a 1,500 square meters petrol station in Marsascala. The application had been approved in December by the Planning Authority and the developers are now seeking to extend the footprint to two and a half tumoli of land, almost doubling the approved site. The site in question is opposite the Sant’Antnin recycling plant and its neighbouring family park. The fuel station was approved in the outside development zone in Marsascala despite the objections by the Environment and Resource Authority (ERA).

The application which had been approved in December included a fuel station, back office, a shop, two garages, VRT and car facilities. The new application for an extension which was submitted in May and published for public consultation on 8 August proposes amendments such as the relocation of restrooms, canopy, office, rain reservoir and tanks as well as the extension of the shop and additional of garages, a new car wash, an ATM and new parking spaces.

In its objection, ERA had said that the environmental impacts would still be present even after mitigation measures would be put in place. Furthermore, ERA  argued that the take up of agricultural land contributed to the increase in urban sprawl which would set a precedent for the development of similar proposals. ERA cited negative visual impacts and pollution of local hydrology in its objections.

Environmental non-governmental organisations, Din l-Art Ħelwa and Front Ħarsien ODZ had objected to the development application PA/04411/09 which was approved on 28 December 2017 under the fuel stations policy which was introduced in 2015. The policy allowed for petrol stations to be relocated from Urban Areas to ODZ land. Environmental Minister Herrera had called for a review in the policy in January.