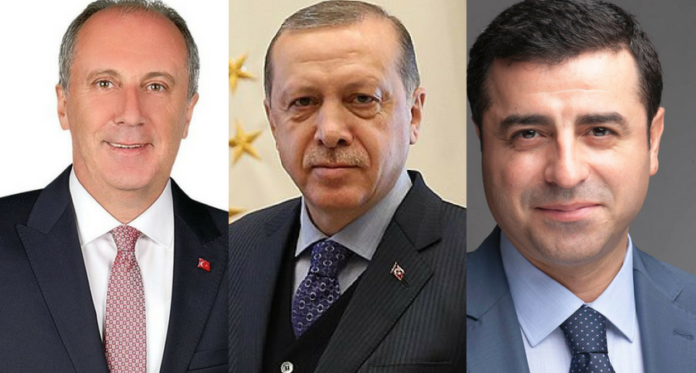 Citizens of Turkey living Malta overwhelmingly voted for candidate Muharrem Ince, of the Turkish Republikan Party (CHP), who obtained 80.5% of votes by the Turks living in Malta.

Erdoğan collected only 10.4% of the votes while Good Party candidates (İYİ Party), Meral Akşener and Kurdish Selahattin Demirtas contesting from jail obtained 4.2% respectively. The two other candidates, Temel Karamollaoğlu of the Islamist party, Saadet Partisi and Dogu Perinçek of the Patriots Party brought 0.7% and 0% of the votes.

In Parliamentary election, the Republican Party has brought 61%, while the Democratic Party People brought 18% of the vote. The Party of Erdoğan, ACP, polled 9.4% of the votes while the Safe Party (İYİ Party) obtained 8.5%. The other parties brought less than 5%.