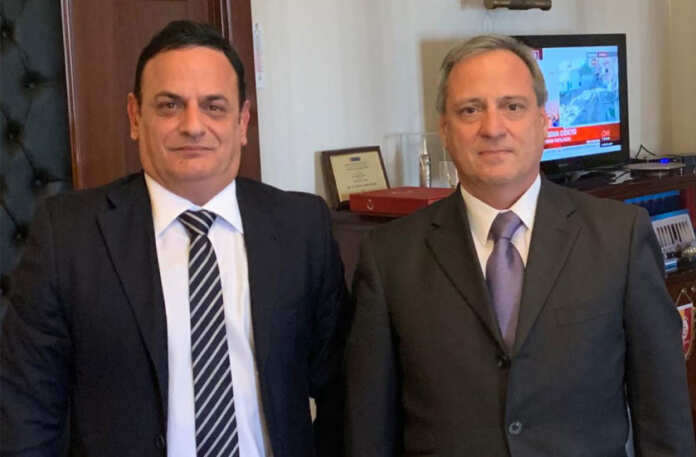 MEP David Casa has presented the Turkish Ambassador to Malta with calls to drop charges against investigative journalist Pelin Ünker.

The declaration presented to H.E. Kerem Kiratli is understood to have been signed by MEPs across the Parliament and it demands the drop of the charges and a looming 13 month imprisonment for investigating key members of Turkey’s elite who were named within the Paradise papers.

The document also calls for Turkey to respect the principles of the European Convention of Human Rights.

‘I have brought the serious concerns of Members of the European Parliament to the attention of the Ambassador and I have been assured that our concerns were noted.’

The development comes following Mr Casa’s meetings with Ms Ünker in Malta and with rule of law NGOs concerned over media freedom and the protection of human rights inside Turkey.