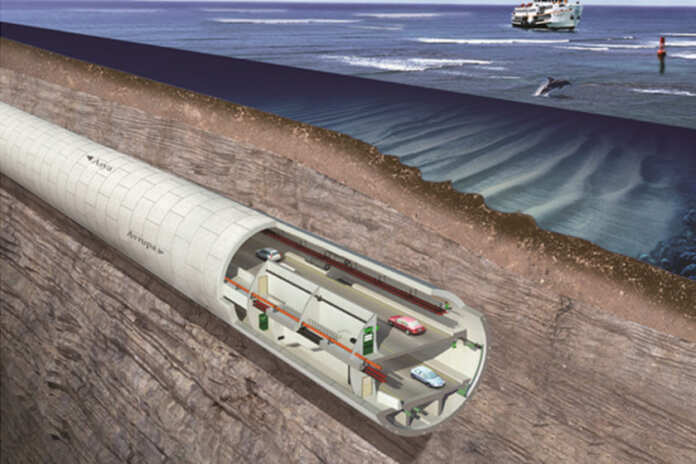 Michael Grech, an ex-President of the Gozo Business Chamber and a member of the sub-committee on the Gozo-Malta tunnel, told Newsbook.com.mt that he believes the building of the tunnel will be a massive boon to Gozo.

Grech said that there a whole host of benefits for the island which would include the possible return of Gozitans from Malta, more economic prosperity and more managable flows of tourists and Maltese on holiday.

Instead of a period, we get a whole year

Grech explains that Summers and weekends are the most subscribed period for Gozo. The island deals with a huge influx of travellers and cars, resulting in its road networks struggling with the burden.

Having the tunnel would alleviate the burden on infrastructure and would spread visitors across the whole year in what he calls the ‘shoulder months’, the periods where there is a low season.

However, when asked about the possibility that a tunnel could lead to Gozo becoming more urbanized like Malta, Grech explained that this is definitely a concern.

‘We don’t want Gozo to turn into another Paceville, we don’t want those high rise buildings over here. We still want to keep the character of Gozo,’, he said.

This was going hand in hand with the economic speculations, he explained.

Back in November, geologist Dr Peter Gatt of the Institute of Engineering and Transport at MCAST, said on Facebook that there was ‘problematic geology between Malta and Gozo’.

He expressed that there were, ‘technical matters, if not assessed seriously by experts of Malta’s geology, will cost lives during the construction phase. Another reason why I steered clear from this project,’

When contacted by the Times of Malta, Dr Gatt explained that, ’We’re talking of faults where the vertical displacement would be even more than 100 metres,’

In response to these concerns, Mr Grech pointed to the building practices conducted in countries like Japan and China, where their tunnel building had to overcome seismic activity and the instability of sand.

Instead, he put trust in the project presented by Transport Malta and Projects Malta.

‘I’m pleased from the initial data that Transport Malta has that a tunnel is viable from a geological point of view.’

Earth does not produce waste, earth only produces assets

Mr Grech explained that the potential rock dug out of the tunnel could be used in the construction industry as material for building, but it could also be used for land reclamation.

The government has made land reclamation a ‘priority’ as part of a larger environmental protection of the islands.

Dr Godfrey Farrugia the Partit Demokratiku leader told RTK’s Newsline programme that the government’s plan to use the construction waste generated from construction projects like the db Project and the possible tunnel to reclaim land around Malta, could only be done when the economy was strong and took into account the rest of the environment.

When asked for comment on the issue of land reclamation using the tunnel’s waste, Mr Carmel Cacopardo of the Alternativa Demokratiku said that this was inpractical.

He explained that if the tunnel is constructed of a certain size say for example 150 square metres by an estimated length of 12,000 metres, this could likely generate up to 1.5 million cubic tonnes of construction waste.

Previous discussions over projected land reclamation would struggle due to the depths that would need to be filled and the inaccessibility of certain areas. This is notwithstanding the environmental impact it would have for the environment.

Mr Grech recognised that the potential of land reclamation following the construction waste of the tunnel, would have an impact on the environment. He respected the ecosystems, but, ‘you need to iron out the benefits versus the costs.’

‘At the end of the day, you can’t stop the clock moving forward.’, he said.

‘Its not who you know, but what you know’

Let there be a referendum on the Gozo car tunnel