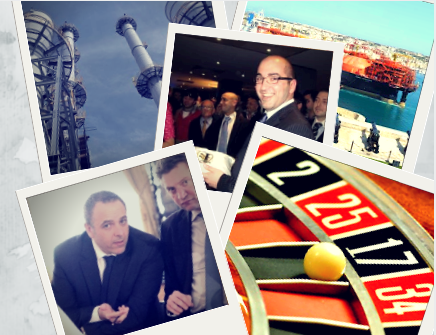 The Times of Malta and Reuters, in a joint investigation have revealed that the owner of the elusive Dubai company 17 Black is Tumas Group CEO Yorgen Fenech. 17 Black was identified in a leaked e-mail as one of two sources of income for the Panama companies Hearnville and Tillgate, which were set up by OPM consultants Nexia BT for Dr Mizzi and the Prime Minister’s chief of staff Keith Schembri.

Who is Yorgen Fenech?

Son of George Fenech and grandson of Tumas Fenech, Yorgen is a scion of a powerful and very well connected business family. Among his activities, Fenech lists also a in the new gas-fired power station run by Electrogas which Prime Minister Joseph Muscat pushed strongly through the then Energy Minister Konrad Mizzi as a replacement of the former power station.

Apart from the Tumas Group, fellow business giants Gasan Group and CP Holdings are the local shareholders in Electrogas, while Germany company Siemens and Azerbaijan’s state-owned company Socar are the foreign shareholders.

ToM cites a report handed in by local criminal investigators Financial Intelligence Analysis Unit (FIAU) which delved into the energy projects overseen by Tourism Minister Konrad Mizzi during his tenure as energy minister. A source familiar with the subject told ToM that the FIAU report was received by the Economic Crimes Unit around seven months ago for a money-laundering investigation.

ToM says that the correspondence, reviewed last month, stated that when 17 Black opened an account in June 2015 at Noor Bank in Dubai, the company declared it was 100 per cent owned by a Maltese citizen called Yorgen Fenech who is the account’s sole signatory

In March 2017,  just weeks after Daphne Caruana Galizia named 17 Black in her Runnning Commentary, 17 Black changed its name to Wings Development, according to a Reuters source familiar with 17 Black’s arrangements in the UAE. In May The Malta Independent had linked Konrad Mizzi and Keith Schembri to 17 Black.

Contacted by ToM for comment, Mr Fenech strongly denied having any links with the Panama companies or any politically exposed persons. He declined to comment on whether he owns 17 Black or Wings Development. Prime Minister Joseph Muscat, Mr Schembri and Dr Mizzi all denied knowing who owns 17 Black in reply to questions by Times of Malta.

According to the banking correspondence reviewed by Reuters and quoted by ToM, 17 Black’s account at Noor Bank was opened in June 2015. Documents found in the Panama Papers show Mr Schembri and Dr Mizzi took control of their Panama companies Tillgate and Hearnville that same summer. In an e-mail sent to the Panama law firm Mossack Fonseca on August 8, 2015, Nexia BT said they were in the process of opening up a bank account in Dubai “for two of our Panama companies”. The subject line of this Nexia BT e-mail read: “request for documents – Tillgate and Hearnville.”

Mr Schembri and Dr Mizzi have strongly denied ever opening any accounts for the two companies, and insist no money was ever transferred to them. The Panama companies Tillgate and Hearneville were dissolved after the data leak exposed the two government officials as their owners.